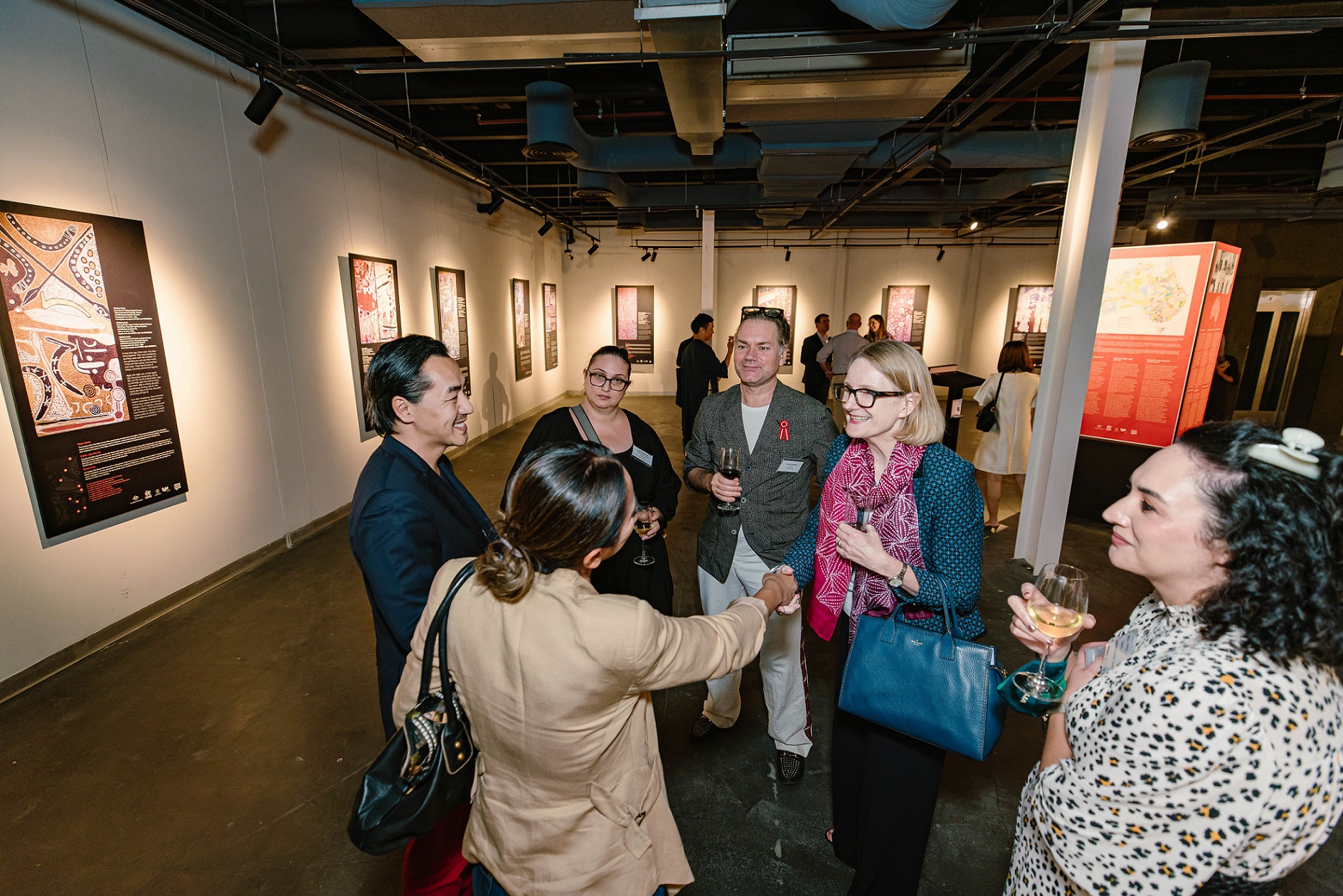 Ho Chi Minh City audiences will have the rare opportunity to experience the culture of Australia’s indigenous people at the Yuendumu Doors exhibition held at Hai An Gallery from July 6 to 17.

The exhibit features 15 of the original 30 painted doors from Yuendumu Community School in Central Australia, the Australian Consulate General said in a press release on Thursday.

Elders of the Aboriginal Warlpiri people painted the doors in the 1980s with stories of Dreamtime – the Aboriginal belief system about when and how the world was created, according to the press release.

Each door is not only an artistic masterpiece but also an invaluable repository of Warlpiri knowledge and history.

Australia is home to the oldest continuing living culture in the world and its aboriginal peoples are known to have lived in Australia for at least 65,000 years.

Among the Aboriginal communities who have been living in Central Australia for many thousands of years, the Warlpiri people are one of the largest.

For much of Warlpiri history, Dreamtime was drawn on the sand and then erased by desert winds.

Though these stories were passed down through generations, the Warlpiri people had no sustainable way of preserving their unique art for future generations.

In the early 1980s, the Warlpiri decided they needed a way to restore their ancestral tradition and cultural values for younger generations so that they could be shared beyond the desert.

To realize this mission, a group of Warlpiri elders were invited to paint Dreamtime onto the classroom doors in 1984 at Yuendumu Community School so the children would be wrapped in Warlpiri culture.

Thirty doors at the school were painted with unique patterns depicting different stories from Dreamtime and have taught generations of Yuendumu children about their land, ancestry, and culture.

The exhibition coincides with Australia’s annual NAIDOC Week, which celebrates and recognizes the history, culture, and achievements of Australia’s indigenous Aboriginal and Torres Strait Islander peoples.

After surviving the desert wind and sun for 12 years at Yuendumu school, the original doors are now being conserved and displayed at the South Australian Museum.

This touring exhibition was developed by the South Australian Museum in partnership with the National Museum of Australia and the Australian Department of Foreign Affairs and Trade.

“The doors are an important cultural and artistic collection in Australia.

“This exhibition is a rare opportunity for Vietnamese audiences to experience some of Australia’s extraordinary indigenous culture.”