Young businesses are making as much as large corporations

Many small-scale businesses are making profits equal to that of large corporations. 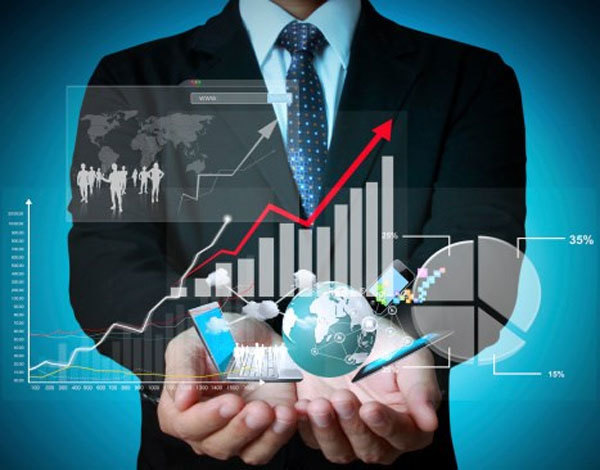 The shares of Locogi14, for example, made an impressive breakthrough on January 17, 2022 with the price climbing to VND479,000 per share, an unprecedented level in the history of the Vietnamese stock market.

What was noteworthy was that Locogi14 has modest charter capital of VND268 billion, with 26.8 million shares in circulation, which is much lower than the capitalization value of the trillions of dong of medium-scale and top-tier businesses.

L14 became the priciest share on the stock market after the company estimated a high pre-tax profit of VND436 billion in 2021, or 10 times higher than 2020, the highest level in its history. It’s profit was 3.3 times higher than the target.

The Hai An Transport & Stevedoring JSC is also a bright spot in the stock market. HAH share prices rose from below VND20,000 per share to VND60,000-70,000 over the last year.

Many other small businesses have also reported impressive business results. Southern Hydropower JSC (SHP) made a profit of VND265 billion, up 300 percent over the year before, while Century Synthetic Fiber JSC (STK) made VND260 billion, up by 81 percent.

In the printing industry, No4 Printing JSC (IN4) is a well known name. It has modest capital of just VND12 billion but has paid high dividends of 30-50 percent over many years.

The common features of most enterprises with impressive business results are their small scale, flexible operation of core business fields, and healthy financial situation. The enterprises have developed steadily and attracted investors just like blue chip companies.

Yen Bai Forest Agricultural Products And Foodstuff JSC (CAP) is the producer and exporter of votive paper to Taiwan and China. The small company has very high profitability and its share prices are as high as the prices of leading companies.

The share price has increased since early September 2021. In 2021, the CAP share price rose by two times, from below VND40,000 per share to VND90,000. The business reported a profit of VND4 billion each month, while capital was modest at VND50 billion. Its EPS is very high, VND7,000 per share.

It also pays high dividends, about 35-45 percent per annum, which is higher than large real estate corporations, and nearly the same as businesses that are well known for high dividends, such as Vinamilk (VNM).

DCI has a market price of only VND1,300, but its EPS is over VND32,000, and it once paid a dividend of 288 percent in cash. The company is no longer a public company because its charter capital of VND24 billion is lower than the required minimum level of VND30 billion, according to the new regulation stipulated in the 2019 Securities Law.

These young but clever businesses have been eyed by large investment institutions.

A Dragon Capital fund on January 7 bought VND200,000 HAH shares to increase its ownership ratio from 6.6 percent to 7 percent of charter capital. HAH plans to obtain VND1.661 trillion in revenue and VND157.8 billion in post-tax profit.

Analysts said many large corporations have been developing well recently with the market capitalization value reaching tens of billions of dollars. This has helped them compete with foreign companies in the home market and overseas. However, not all businesses that expand their operation scale rapidly can operate effectively. Rapid expansion, including expansion into other business fields, may make it difficult for them to maintain profit growth.

The Ministry of Planning and Investment is working on a resolution to support and develop Vietnamese businesses for the period of 2021-2025, replacing Resolution No. 35/NQ-CP dated May 16, 2016.

Business leaders in Southeast Asia are set to build back better by investing in a robust omnichannel approach, diversifying their supply chains, and…