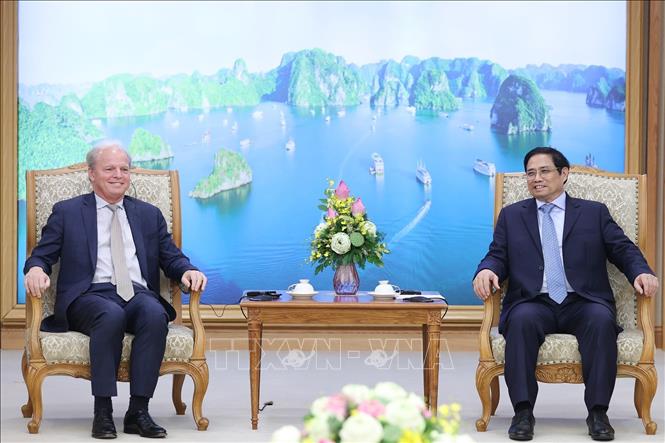 At the meeting, PM Chinh thanked the global lender for providing resources and macro-policy advice, as well as for making positive contributions to Vietnam’s socio-economic development and e-government building, the Vietnam News Agency reported.

At the recent conference on planning and investment promotion in the Mekong Delta region, six development banks pledged to provide about US$2.2 billion financing for the region, of which $450 million is expected to come from the WB, the leader continued.

Vietnam is committed to contributing nearly $16 million to the WB during the 2021-23 period, as the organization is mobilizing $13 billion, the largest capital increase in history, to supplement its operation capital.

Regarding Vietnam’s commitments at the 26th United Nations Climate Change Conference (COP26) in the UK last year, Chinh affirmed that the country is responsibly and actively joining hands with the international community in climate change response, transforming the development model, and building an energy transition industry.

He asked the WB to continue supporting Vietnam in climate change adaptation.

Van Trotsenburg expressed his impression with the solutions adopted by the Vietnamese government to simultaneously realize the goals in recent years.

He said that he would continue to accompany the Vietnamese government in the upcoming development journey, not only in the financial sector but also in strategic issues such as improving the capacity of the health system, responding to diseases, and adapting to climate change.

The WB is ready to send a team of global experts to help the Vietnamese government realize the goal of turning Vietnam into a developed and high-income country by 2045, he added.