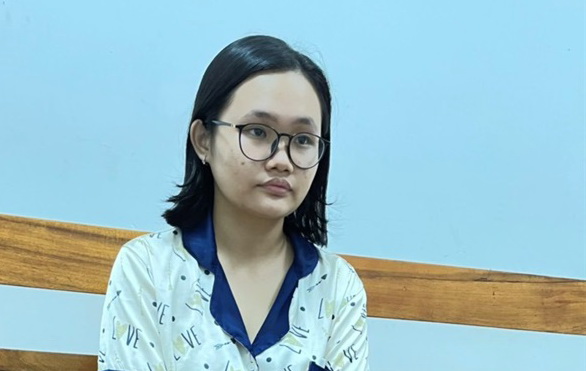 A 21-year-old woman from Ba Ria – Vung Tau Province, southern Vietnam has been captured for allegedly murdering her father with cyanide over a conflict before staging an arson to cover up her crime.

Preliminary information showed that Linh had poisoned her father – 54-year-old Tong Hong Diep – on Tuesday by mixing cyanide, a highly toxic chemical compound, into a drink.

After the man died, Linh tied up his body with tape and concealed the corpse in a small pit before covering it with cement.

On Wednesday night, Linh staged another crime by setting her house on fire.

After the house was partially burned, she ran to her grandfather, who lives nearby, and called for help to put out the flames.

Linh told police officers that she was sleeping when a man grabbed her by the hair and said that he had killed her father as an act of vengeance.

The man then knocked Linh unconscious and burned the house, the woman added.

While officers were examining the residence, they discovered Diep’s body inside the pit and launched an investigation into his alleged murder.

During a working session with police, Linh eventually admitted to killing her own father over a conflict.