Who will take over two power plants?

Foreign investors are about to transfer two power plants built under the BOT mode when the 20-year contract terminates. State-owned corporations are outdoing one another to take over the plants. 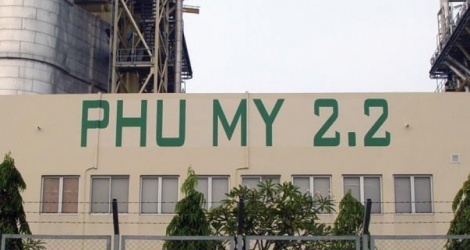 The Government Office has sent a document to the Ministry of Industry and Trade (MOIT), Ministry of Finance (MOF) and Ministry of Planning and Investment (MPI) conveying the opinions of Deputy PM Le Minh Khai on the transfer of Phu My 2.2 and PhuMy 3 power plants.

The two BOT projects were developed by foreign investors in 2001. PhuMy3 Power Plant in Ba Ria – VungTau was developed by Sembcorp, Kyuden International Corporation and Sojitz Corporation. The plant has contract capacity of 716.8MW. The project contract and BOT contract were signed by the Ministry of Industry, now MOIT, with the investor/BOT company on May 22, 2001.

The plant began commercial operation on March 1, 2004 and is expected to be run by the foreign investors for 20 years before it is transferred without reimbursement to Vietnam on March 1, 2024, when the contract expires.

PhuMy 2-2 BOT Power Plant in Ba Ria – VungT au with the capacity of 715MW was developed by EDFI, Summit Global Management II B.V and TEPCI. The BOT contract was signed on September 18, 2001 and began operating in 2005. This means that the plant will be transferred to Vietnam on February 4, 2025.

The Deputy PM asked ministries to expeditiously and seriously implement the tasks assigned to them in a document previously released, so as to not affect the process and quality of the transfer of the two plants under the law and BOT contracts.

Both EVN and PetroVietnam want to take over the two power plants.

In a document to the PM dated January 5, MOIT said that after thorough consideration, the ministry proposed that the PM allow EVN to take over the two plants.

Explaining its proposal, MOIT said EVN runs gas-fired power plants similar to PhuMy3 and PhuMy2.2 of the PhuMy Power Center. EVN also has participated in the bidding and negotiation process, and has been implementing both projects. Thus, EVN has enough experience to take over the plants.

EVN also has information and detailed records about the status and quality of the plants. EVN and the BOT company set up a joint coordination committee which has convened once every three months since the day the plant became operational to implement tasks related to operation and maintenance.

Regarding PetroVietnam, its subsidiary – PVPower – is running four gas-fired power plants, namely NhonTrach1, NhonTrach2, CaMau1 and CaMau2 with the total capacity of 2,700MW. PetroVIetnam built the first power plant in 2007.

However, the problem is that PVPower has been equitized (PetroVietnam still holds 79.9 percent of PV Power’s shares), and it’s impossible to assign the power plants to a joint stock company.

Over the last eight months, Government leaders have on four occasions examined the execution of the Thai Binh 2 thermopower project to be sure that the power plant can generate electricity by April 30, 2022.

A mass of applications to develop wind power farms have been sent to Lang Son People’s Committee and Lang Son Department of Industry and Trade.