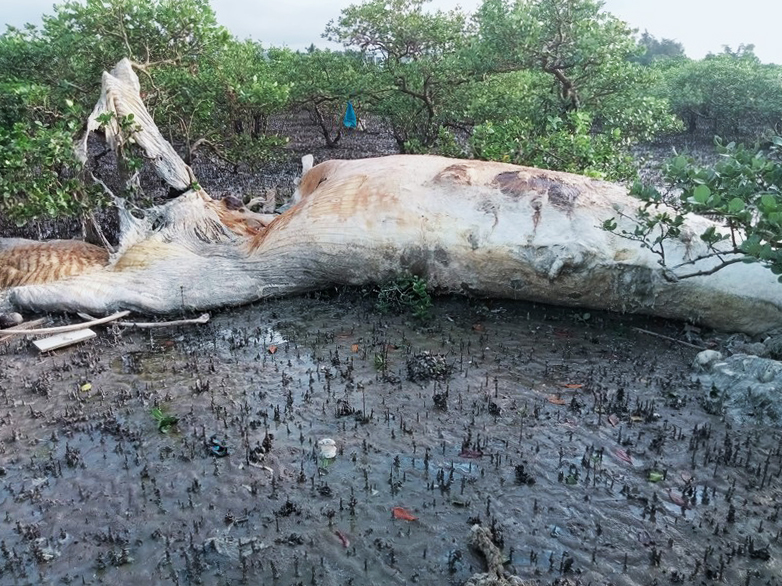 Residents in the northern Vietnamese province of Quang Ninh discovered the corpse of a whale weighing about 10 metric tons that had washed up ashore at a local mangrove forest on Monday.

Before that, the wind carried a strong stench that covered Tuan’s whole village.

Tuan and other villagers tracked down the smell and found the whale carcass at the Bai Mam mangrove forest.

Only the whale’s bones and skin remained and its 10-metric-ton body was in an advanced state of decomposition.

Its body length was about five meters and the fluke width was around 1.5 meters.

Chairman Duc said the authorities plan to bury the whale carcass on the spot on Tuesday when the tide goes out in order to ensure the hygiene of the local marine environment.

Previously, people in Quan Lan have discovered whales stranded in the commune’s waters multiple times and rescued most of them in time, according to Duc.