Many stock market manipulation cases have been discovered, and violators have been heavily punished in an effort to make the market more transparent. 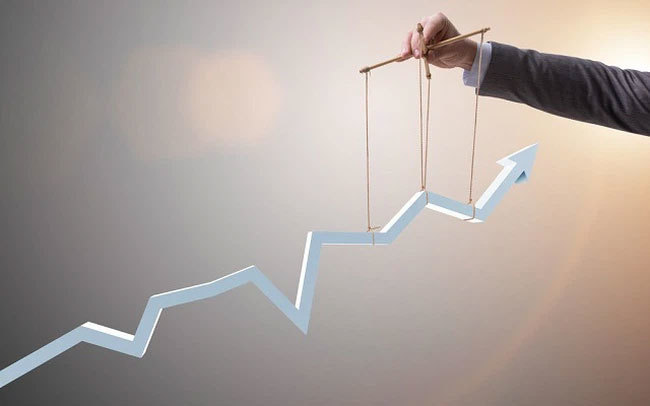 The stock market experienced a sharp decline on March 28 when selling pressure spread from FLC-related shares to other shares, following the news about the arrest of the FLC Group’s Chair Trinh Van Quyet.

The VN Index decreased sharply, far from the 1,500 point threshold.

FLC-related shares were bargained away and the prices fell to floor prices. Many investors incurred big losses because of the shock.

Prior to that, on January 10, 2022, before the Tet holiday, the stock market saw an unprecedented record in its 21-year history: 135 million shares of FLC Group were transferred in a surprising situation.

The prices of the shares increased to the ceiling level (7 percent) in the morning and then dropped to the floor price in the afternoon. At the closing, the share price dropped by 6.2 percent to VND21,150 per share.

The State Securities Commission (SSC) later found that Trinh Van Quyet had sold 74.8 million FLC shares in the previous trading session without registration. Therefore, it decided to block Quyet’s account and imposed a fine of VND1.5 billion. In addition, he was suspended for five months.

However, FLC shares still continued to decrease. Many investors could not sell FLC, ROS and other shares in the FLC ecosystem to stop the losses.

On March 29, the Ministry of Public Security (MPS) decided to file charges against Trinh Xuan Quyet and detained him for alleged stock market manipulation, which can cause serious consequences to investors and affect the operation of the stock market.

According to SSC, in 2021, the agency issued 471 decisions imposing administrative fines and joined forces with MPS to deal with four cases with signs of criminal violation.

In mid-2021, the Vietnam Association of Financial Investors (VAFI) sent a document to MOF requesting the agency to inspect the order deadlock at HOSE (HCM City Stock Exchange) and ‘rubbish’ shares.

Some experienced investors said they have seen many abnormal signs in the stock market recently. For example, RIC of Royal International Corp saw prices increasing to the ceiling levels for tens of trading sessions, and then decreasing to floor levels for a long time.

Some leaders of businesses use tens of trading accounts to carry out transactions, causing artificial demand. In case of KSA, the behavior of KSA chair caused damages to 1,500 investors.

Meanwhile, the former chair of Central Mining and Mineral Import – Export JSC was sentenced to life imprisonment because of stock market manipulation.

According to Le Quang Tri from Tri Viet Securities, the arrest of the FLC Chair will affect the stock market, and the decreases in FLC prices are inevitable.

However, the adverse effects are just short term. In the long term, this would be good for the market. The stock market’s prospects are good, while the economy is performing well.

Do Thi Hien, an investor in Hanoi, noted that, previously, stock price manipulation activities were discovered late and were only sanctioned many years later. KSA is an example. As a result, many investors lost money.

Hirn praised the quick reaction of the state management agencies and the police in the case of FLC.

Hien said the number of people facing criminal proceedings has increased recently. This shows the great efforts of state agencies to ‘clean’ the stock market.

The FLC ecosystem is not large in scale and has a small influence on the market. Bamboo Airways of FLC has insignificant impact, but it has been operating effectively.