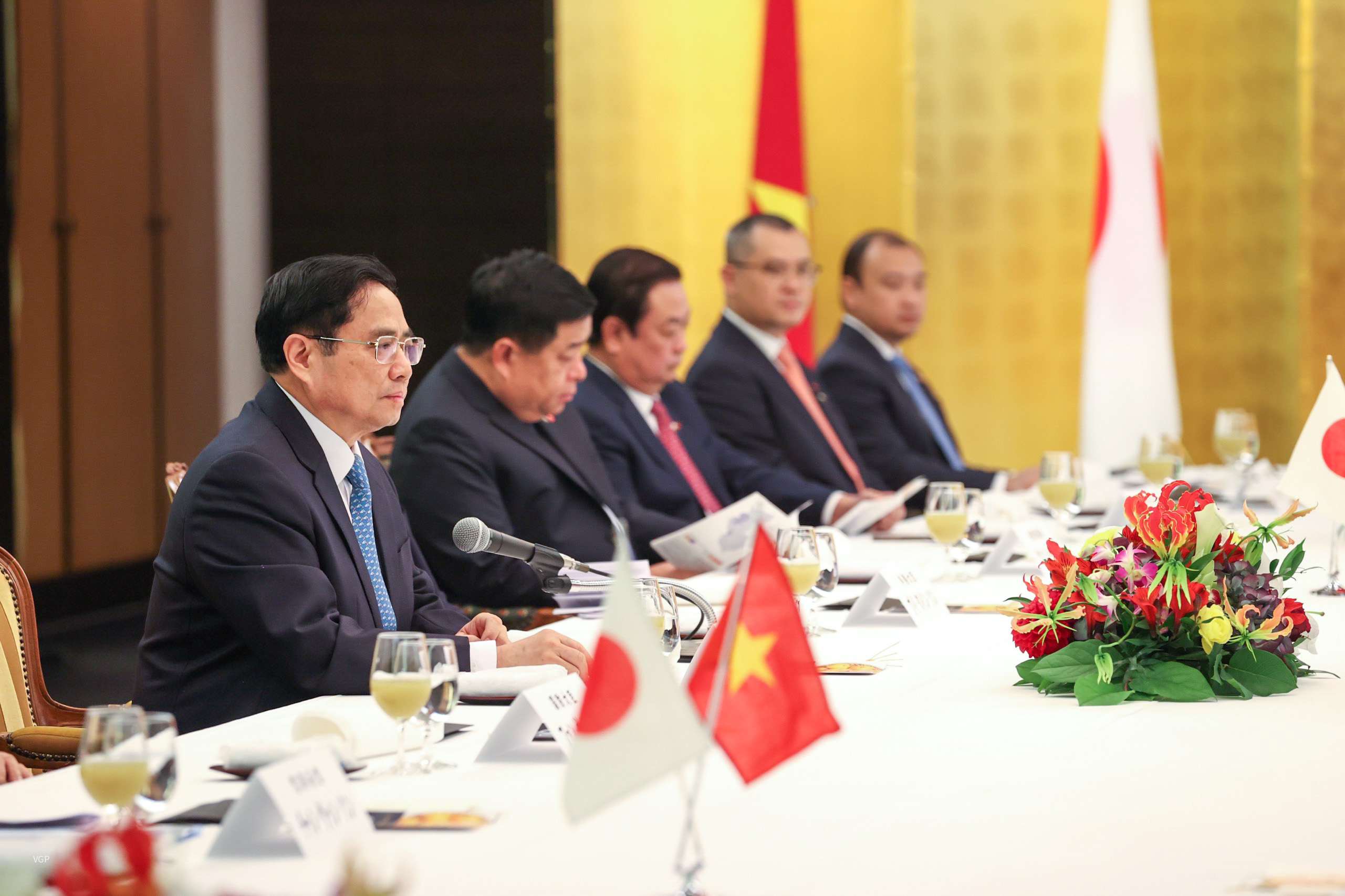 The meeting took place in Tokyo on Tuesday morning (local time) after PM Chinh and his entourage arrived on the previous evening for a four-day official visit at the invitation of his Japanese counterpart Fumio Kishida, the Vietnam Government Portal (VGP) reported.

Also attending the meeting was President of the Japan – Vietnam Friendship Parliamentary Alliance (JVPA) Toshihiro Nikai and other members of the alliance.

Emphasizing that Japan is the most important strategic partner of Vietnam, PM Chinh expressed his pleasure at the strong and comprehensive development of the Vietnam – Japan extensive strategic partnership in all fields.

The Vietnamese government’s leader extended his thanks to the former Japanese premier and the JVPA president for their recent contributions to urging the Japanese government to donate COVID-19 vaccines to Vietnam.

PM Chinh remarked that he highly appreciated the great contributions of the two Japanese dignitaries to promote the strategic partnership between Vietnam and Japan in various fields including trade and investment.

Following the meeting, the Vietnamese cabinet chief and his Japanese hosts attended a ceremony marking the exports of Japan’s Unshu mandarin to the Vietnamese market.

This is part of the two countries’ efforts to promote exports and imports to each other’s market of their specialty fruits, including the Japanese mandarin and Vietnam’s lychee and longan.

During his visit to Japan from November 22 to 25, PM Chinh will hold talks with his Japanese counterpart Fumio Kishida and meet other high-ranking Japanese leaders, according to the VGP.

He is set to have a dialogue with leaders of the Japan Business Federation (Keidanren), receive representatives of major Japanese firms, deliver a speech at an investment promotion conference, and witness the signing of cooperation agreements between Vietnamese and Japanese businesses.

PM Chinh will also visit Tochigi Prefecture, where he will meet with its Governor Tomikazu Fukuda and attend a Tochigi-Vietnam business forum.