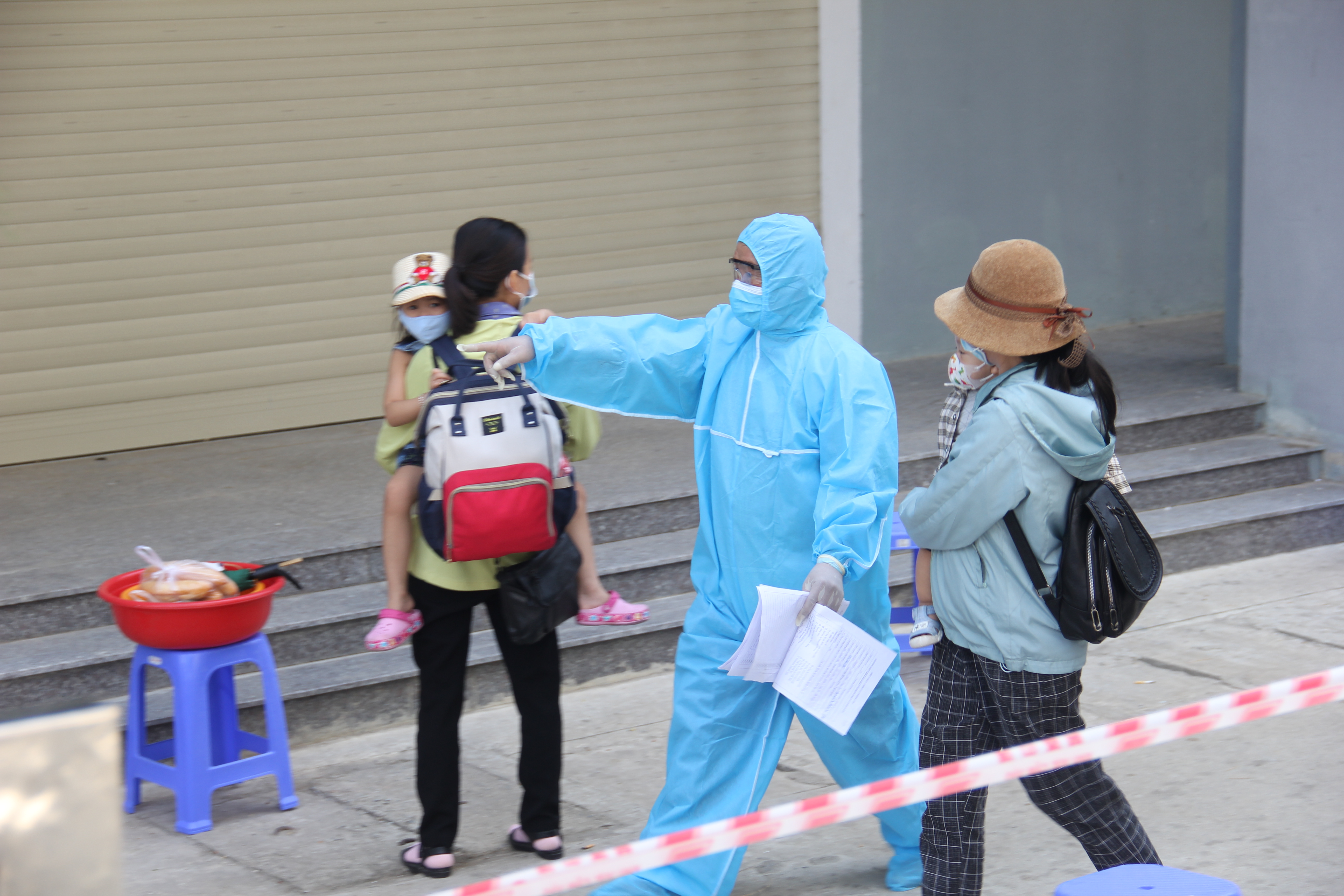 The city documented 442 new patients on Sunday, up by 254 compared to the previous day, according to the municipal steering committee for COVID-19 prevention and control.

This is Da Nang’s highest daily jump since the pandemic first hit the country in early 2020 and is about 2.18 times higher than the previous record of 202 cases, which was logged on August 27.

Among the new cases on Sunday, 336 were detected in quarantine facilities or isolated areas while the remaining 106 were found in the community.

Many of these patients were linked to the cluster at Matrix Company in Hoa Khanh Bac Ward, Lien Chieu District.

More than 230 cases have been linked to this cluster so far since it was first detected on December 9.

Many residents have let their guard down and neglected prevention measures, which caused the pandemic to intensify, Quang continued.

The official ordered Lien Chieu District authorities to take stronger actions to control the existing clusters and prevent the virus from spreading further into the community.

Da Nang has documented nearly 8,000 infections since the fourth virus wave hit the country on April 27.

About 97 percent of the city’s adult population have received two shots of COVID-19 vaccine, while about 100,000 children aged 12 to 17 have received at least one dose, according to VnExpress.