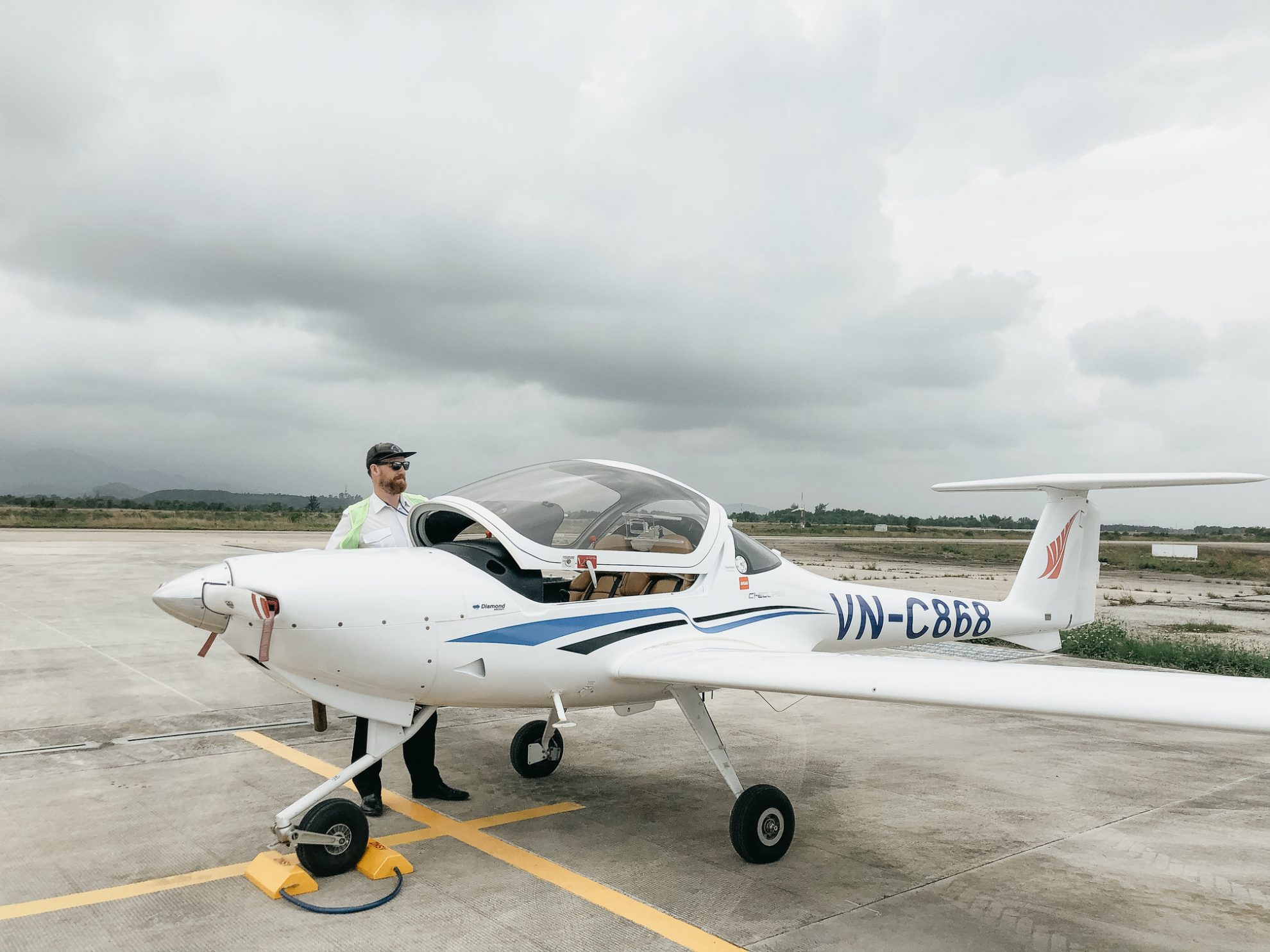 The Civil Aviation Authority of Vietnam (CAAV) has announced the investigation of the crash of a training plane belonging to the Aviation School New Zealand (ASNZ) at Chu Lai Airport in central Quang Nam Province.

On January 12, the VN-C869 training plane, which is a Diamond DA20-C1 model, encountered a problem during its landing at the airport and rushed out of the runway, causing some parts of it damaged.

However, the trainee pilot remained safe.

The trainee, a 23-year-old Vietnamese, had successfully performed a flight around Chu Lai Airport on his own between 1:35 pm and 1:41 pm on the day, but the landing of his second flight at 1:47 pm was troubled.

Pilot trainers of the ASNZ and Chu Lai air traffic control forces activated the emergency alarm right after the accident and informed relevant parties at the airport to approach the scene of the plane crash at 2:00 pm.

The trainee fortunately managed to get out of the plane on his own and suffered neither injuries nor health-related problems, except a little scare.

At the scene, the crashed plane stood facing Runway No. 32, about 62 meters to the left of the runway and 420 meters from its starting point.

Its engine propeller, landing gear, the back part and horizontal stabilizer were broken.

No fire issues was reported.

The aircraft has a valid certificate of airworthiness until August 28, 2022 while the trainee has a trainee pilot license valid until October 31, 2023, according to the CAAV.

At the time of the accident, it was not raining, and other weather conditions basically met the standards for flight training.

The CAAV said it has temporarily suspended and revoked the license of the trainee pilot in question, moved the aircraft out of the runway, and sealed it off.

It has also set up a team to conduct an investigation and verify the cause of the accident.

The team will report the investigation results to the Ministry of Transport as soon as possible.