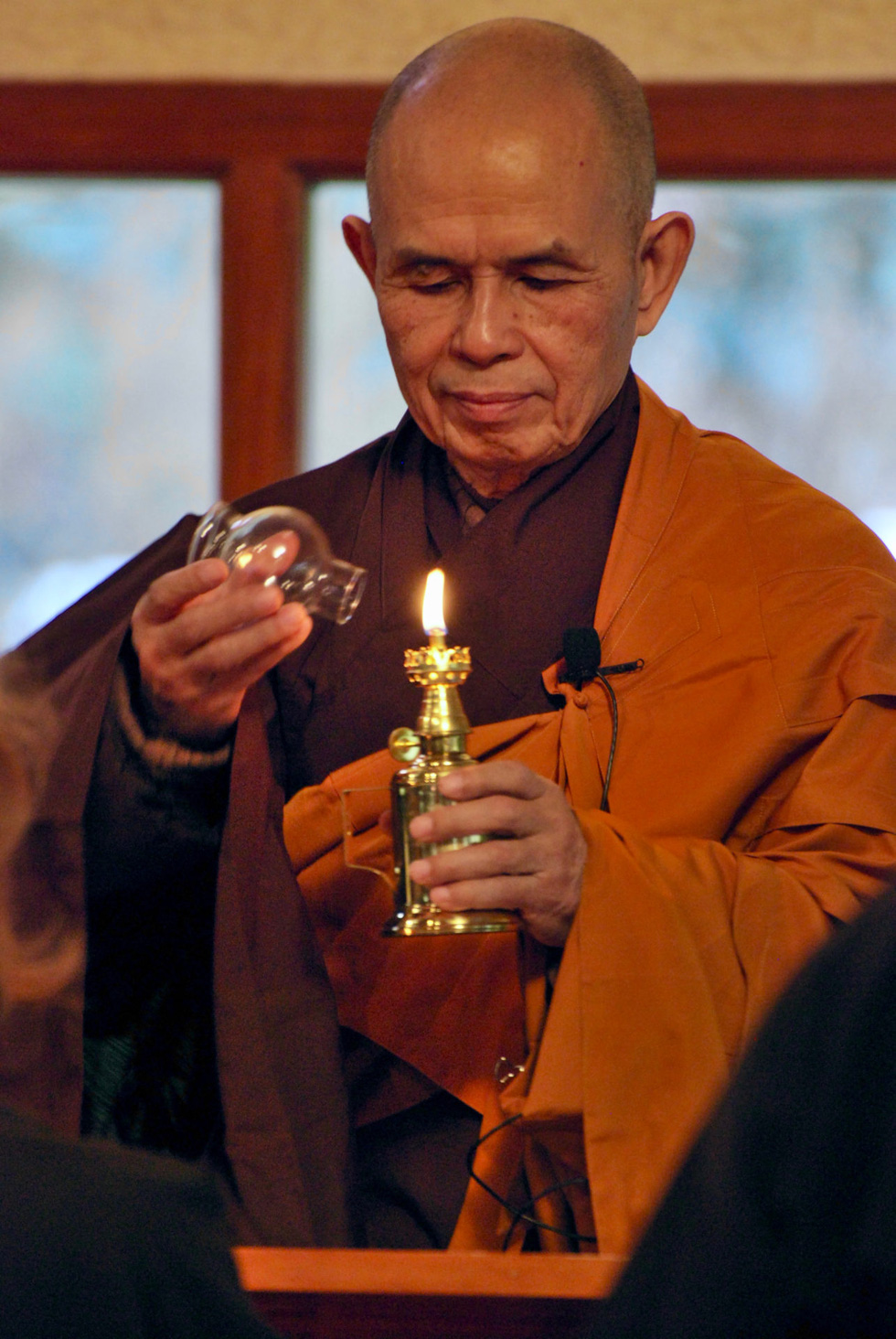 Vietnamese Zen monk Thich Nhat Hanh, who died at 0:00 on January 22, 2022 in Vietnam’s central Hue City, at 95, is seen in this undated image. Photo: Plum Village

Vietnamese Buddhist monk Thich Nhat Hanh, a global spiritual leader who spread messages of mindfulness, compassion and nonviolence, died on Saturday at Tu Hieu Temple in Hue City in central Vietnam. He was 95.

As announced by Plum Village, the monastic organization the Zen master founded in France, he peacefully passed away at 0:00 on January 22 at the temple, located in his birthplace.

After many decades giving lectures on mindfulness and peace to people around the world, the Zen master returned to Vietnam from Thailand in October 2018 to live out his last days at Tu Hieu Temple, where he studied and practiced Zen Buddhism from 1942.

Four years before his repatriation, he suffered a brain hemorrhage and was treated for four and a half months in France.

Thich Nhat Hanh, born Nguyen Xuan Bao in Hue in 1926, joined a Zen monastery at 16 and studied Buddhism there as a novice before becoming a monk at the age of 23, according to the orbits.

He assumed the Dharma name Thich Nhat Hanh upon his ordination in 1949.

After leaving Vietnam in May 1966, the Zen master lived in Plum Village Monastery in southern France for decades, during which he traveled throughout Europe and North America giving lectures on mindfulness and peace.

During many decades living away from home, Thich Nhat Hanh was one of the pioneers to bring Buddhism, especially mindfulness, to western society, and became a leading voice in a movement he called “Engaged Buddhism,” a movement linking mindfulness practice with social action.

He has contributed to building an Engaged Buddhist community for the 21st century with nearly 1,250 monastic disciples, millions of lay disciples and hundreds of millions of readers all around the world, the orbituary said.

Thich Nhat Hanh has been honored as the second most influential Buddhist leader in the West, after Dalai Lama, the Vietnam New Agency cited some foreign news agencies as saying.

When announcing his nomination, King honored Thich Nhat Hanh as “an Apostle of peace and nonviolence.”

“His ideas for peace, if applied, would build a monument to ecumenism, to world brotherhood, to humanity,” King said about the monk.

With his non-stop activities, Zen master Thich Nhat Hanh was highly appreciated as a culturist, a writer, a poet, a scholar, a historian and a peace activist.

The monk was the author of over 120 books, including 40 in English, with the bestselling “The Miracle of Mindfulness” originally published in 1975.

“If we are not fully ourselves, truly in the present moment, we miss everything,” he wrote in in his English-written book “Peace Is Every Step: The Path of Mindfulness in Everyday Life.”

The Zen master also dismissed the idea of death, as he wrote, “Birth and death are only notions. They are not real,” in his book “No Death, No Fear: Comforting Wisdom for Life.”

As announced by Tu Hieu Temple and Plum Village, the funeral of Zen Master Thich Nhat Hanh will last for seven days in silence.