Vietnamese woman becomes manager at Amazon head office in the US after 1,000 failed attempts 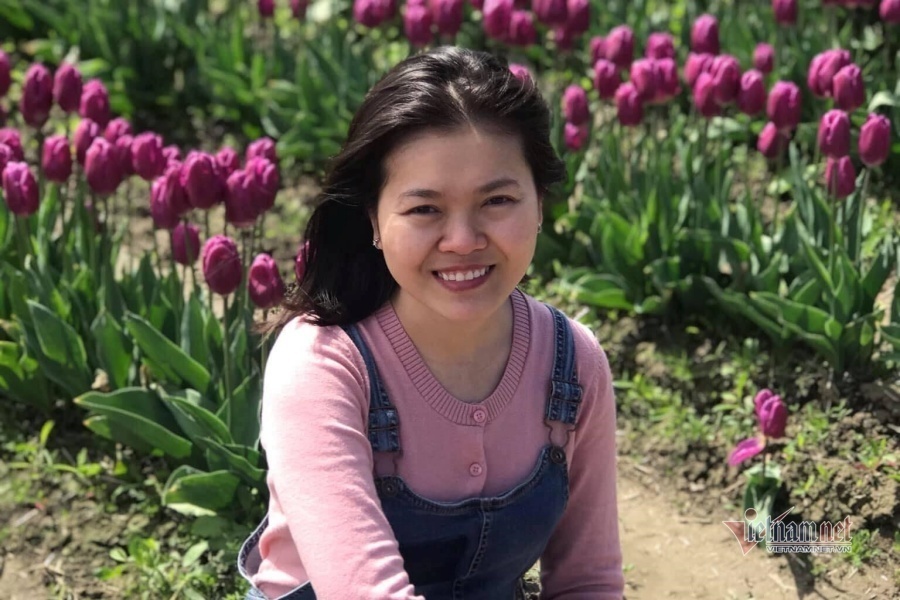 Graduating with a bachelor’s degree in trade in Vietnam in 2011, To Thi Thu Van, born in 1989, set a new goal in her life: obtaining a good job overseas with high income working eight hours a day.

At first, Van found a job as recruitment assistant at a company in Vietnam.

“It was the time for me to learn and accumulate experience, so I tried my best to do whatever I was told to do. Sometimes I stayed working at the office until 8-9pm,” she recalled.

Admiring the perseverance and hard work of the new graduate, the manager of the company introduced Van to a position as worker assistant at Intel Malaysia.

After many years, when meeting the manager again, she asked him why he decided to help a new inexperienced officer like her. He told her: “When seeing you dedicate yourself and learn at work, I could see how you will be three or five years later.”

In 2012, after celebrating Tet in Vietnam, Van left for Malaysia to take the job at Intel, where she spent the next four years. Thanks to her great efforts, Van became the leader of a team.

“I continued to dedicate myself without asking for salary increase, because I considered this an opportunity to learn and accumulate more experience,” she said.

Thanks to her contributions, the company decided to grant her a scholarship to fund her master’s degree in business administration at University of Science, Malaysia. It took her two years to fulfill the study.

In late 2015, Van married and decided to settle down in the US and work at Intel USA. One year later, she moved to another place of residence and decided to find a new job to challenge herself.

“Within three months, I sent nearly 1,000 job applications, but I was rejected,” she said. “They thought that the skills I got from my previous jobs at supporting centers were not enough to take other jobs.”

Van only had opportunities to go to the interview round for 2 percent of her applications.

“I talked to the employers about the projects I did to improve work performance. These were the things other officers hesitated to do, but I could do more things that I was assigned to do and I always did my best to fulfill tasks,” she said.

Van was rejected after the interviews, but she doesn’t think this was failure but luck.

“After the interviews, I discovered my strong and weak points and improved myself for the next time,” she said.

At Amazon, Van applied for 250 positions and was accepted for some positions, including employee support, business analyst and project management. Finally, she decided to try a job supporting employees online, her first job at Amazon.

After a short time, Van’s leader acknowledged that she had been right choosing Van for the post. She even promised to offer her a higher salary.

After 1.5 years, she took another job at Amazon as an analyst of business systems.

Thanks to her hard work and dedication, in 2020, Van was appointed senior program manager at Amazon’s head office.

Van said she has no degrees from schools in the US, but degrees and exam scores are not always essential in the labor market. Instead, candidates need to focus on accumulating experience and improve their professional skills.

“The most important thing is to be persistent, not afraid of difficulties. Do not hesitate to knock on every window. There must be one of 300 or 1,000 windows you knock on before one opens for you,” she said.

“And even if you are refused hundred times, you should not consider this a failure. The rejection just means that you have not found a suitable job,” she said.

Tran Duong Chinh, a 12th grader majoring in physics of the Hung Vuong High School for the Gifted, has become the first student from Phu Tho province to win a gold medal at the European Physics Olympiad (EuPhO).