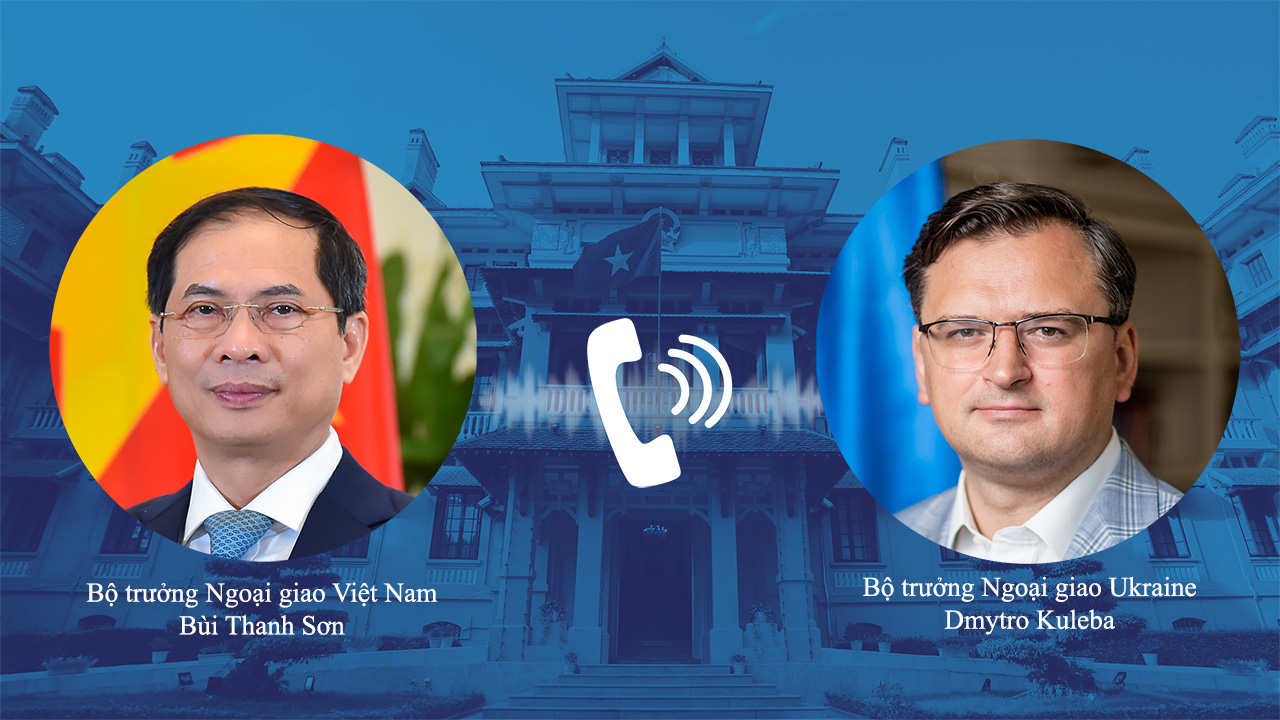 Vietnamese Minister of Foreigner Affairs Bui Thanh Son engaged in phone talks with his Ukrainian counterpart Dmytro Kuleba on Wednesday to discuss the conflict in Ukraine, according to the Ministry of Foreign Affairs.

Minister Son stressed that Vietnam supports international efforts to provide humanitarian assistance to people in Ukraine and agrees to resume exchanges and cooperation with Ukraine after peace and stability are restored in the European country.

As a traditional friend of both Russia and Ukraine, Vietnam hopes that both sides will exercise restraint, ease tensions, and conduct more dialogues to find a long-term solution that is in line with international law and takes into consideration the legitimate interests of all sides.

Vietnam stands ready to join hands with the international community to contribute to the process.

During phone talks with Russian Minister of Foreign Affairs Sergey Lavrov on Tuesday, Minister Son affirmed Vietnam’s consistent stance that international disputes and disagreements should be resolved by peaceful measures and in compliance with the basic principles of the United Nations Charter and international law, especially the principle of respecting the independence, sovereignty, and territorial integrity of countries.

He suggested that Russia continue to create favorable conditions for the Vietnamese community in Russia to stabilize their life, production, and business.

The official suggested that Russia and Ukraine continue to organize humanitarian corridors and take measures to ensure the safety of civilians, including Vietnamese citizens, during their evacuation from war zones in Ukraine.

For their part, the Russian and Ukrainian foreign ministers expressed their wish to maintain and enhance cooperation with Vietnam, adding that they will try their best to facilitate the safe evacuation of Vietnamese citizens.

Vietnam has so far organized four flights to repatriate 1,166 citizens who previously evacuated from conflict zones in Ukraine.

Russia has been attacking Ukraine since February 24, saying it wants to demilitarize and denazify the neighboring country.