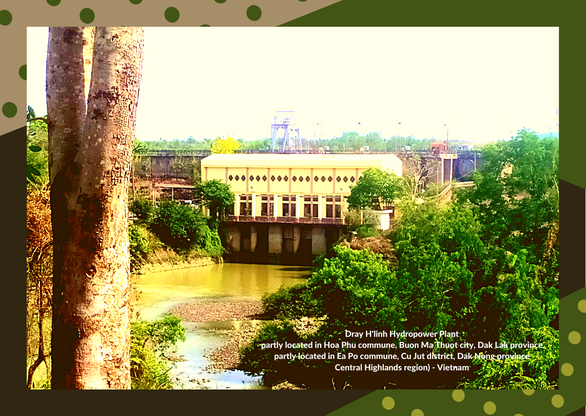 A student from Ho Chi Minh City was named among the top 10 finalists of ASEAN Photo Competition (APC) 2021 in a ceremony that took place earlier this month.

Vo Minh Thang, a student majoring in urban studies at the University of Social Sciences and Humanities under the Vietnam National University-Ho Chi Minh City, scored an honorable mention with ‘Greenting from Vietnam,’ a photography project that aims to promote solidarity and harmony between ASEAN countries in terms of renewable energy.

In his submission to APC 2021, Thang pointed out the urgency of renewable energy development in Southeast Asia.

Many countries in the region have already seen the potential of renewable power sources, including Vietnam with its favorable policies for solar energy projects.

However, he believes that the deployment of renewable energy requires a large amount of land and forest resources, affecting people’s lives and disrupting biodiversity.

In addition, countries have not removed regional barriers and not liberalized trade, making technology transfer difficult.

That is not to mention other issues, including disparities of qualifications, costs, and techniques between countries, and a lack of coordination between the government and the private sector.

From there, he put forward two questions: can these photos attest to the competence of renewable energy sources, compared to the great economic efficiency of fossil fuel sources? How will these projects fare when climate change worsens?

According to Thang, young people in Vietnam in particular and ASEAN in general should take it upon themselves to promote renewable energy, pushing the public and businesses to join hands with the government to achieve the goal.

“For young people, it is an honorable and noble task.”

Out of the comfort zone

According to Thang, he applied for the competition in a rush, as he only knew about it in early May — two weeks prior to the deadline.

After reading the prompt, he kept pondering over keywords such as ‘renewable energy,’ ‘youth,’ ‘concept shaping,’ and ‘Vietnam,’ striving to find a good way to reflect them in his work.

“That was my first time traveling alone, so it was difficult,” he told Tuoi Tre (Youth) newspaper.

Three months later, Thang was taken back when he found out his work was the only Vietnamese representative in the top 10 finalists of APC 2021.

Though he did not enter the top 3, Thang received positive comments from the panel of judges for his presentation in the final round.

His work stands out in terms of concept and layout, with strong messages about renewable energy, said Frederic Lezmi, a judge at APC 2021.

“Despite not being in the top three overall, ASEAN Photo Competition 2021 has brought valuable experiences and given me more motivation to spread the message that I stated in my project,” Thang affirmed.

He also calls on young people to step out of their comfort zone and participate in big competitions and organizations to seek valuable learning opportunities, while also contributing to the good of society.

The ASEAN Photo Competition, which is one of a competition series under ASEAN Youth Energy Awards (AYEA 2021), aims to contribute to the awareness of the benefits of sustainable energy, paving the way for ASEAN’s cleaner and greener future, according to the website of the ASEAN Foundation, which organized it.

In 2021, the contest returned with the theme of ‘ASEAN Youth Shaping the Vision of Sustainable Energy as the New Normal’.

After multiple evaluation rounds from March to November, APC 2021 selected its top three finalists, who will participate in the Ministerial Summit on Environmental Issues in 2021.