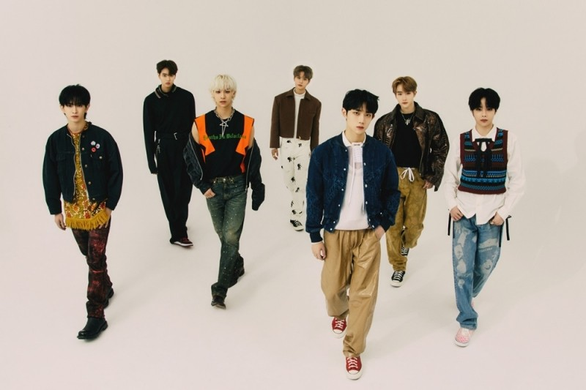 Ngo Ngoc Hung, the leader of a Vietnamese dance crew that has garnered millions of YouTube views on a video of a K-pop dance cover, is a member of the TEMPEST, one of K-pop’s newest boy bands.

Yuehua Entertainment, a Chinese entertainment company based in South Korea, tweeted an official photo of the band this week to announce 24-year-old Hung as the fifth member of the group.

K-pop fans in Vietnam have been speculating on Hung’s future in Korean entertainment ever since his participation in last year’s season of the South Korean survival reality show I-Land.

Hung adopted the stage name ‘Hanbin’ for the show and has been known by that pseudonym ever since.

He finished I-Land in 10th place, causing him to miss out on a chance to join ENHYPEN, a K-pop boy band managed by a joint venture between CJ E&M and an entertainment company owned by BTS.

K-pop fans took to the Internet to criticize the show’s judges, saying he was rated far lower than he deserved.

Still, despite eliminating him from the show, the judges did offer encouraging words.

“Hanbin is definitely the kind of person that any teacher would love to teach, owing to his willingness to learn,” one of the judges commented.

“Given my experience and skills as a dance crew leader, I was overwhelmed by the other talented participants,” Hung said in an interview about his time on I-Land in 2020.

Hanbin started dancing when he was 15 years old and it was not long until he decided to turn his passion into a career.

Competing on I-Land gave him the opportunity to experience life as a ‘K-pop trainee.’

Despite missing out on the opportunity to join the established ENHYPEN, joining TEMPEST puts Hung one step closer toward his dream of becoming a K-pop idol.

Hung is an alumnus of Thuong Mai University in Hanoi and has become well known in Vietnam’s K-pop dance community as the leader of the C.A.C. dance group.

The group’s videos of their performances of K-pop dance covers on the streets of Hanoi have garnered millions views on YouTube.