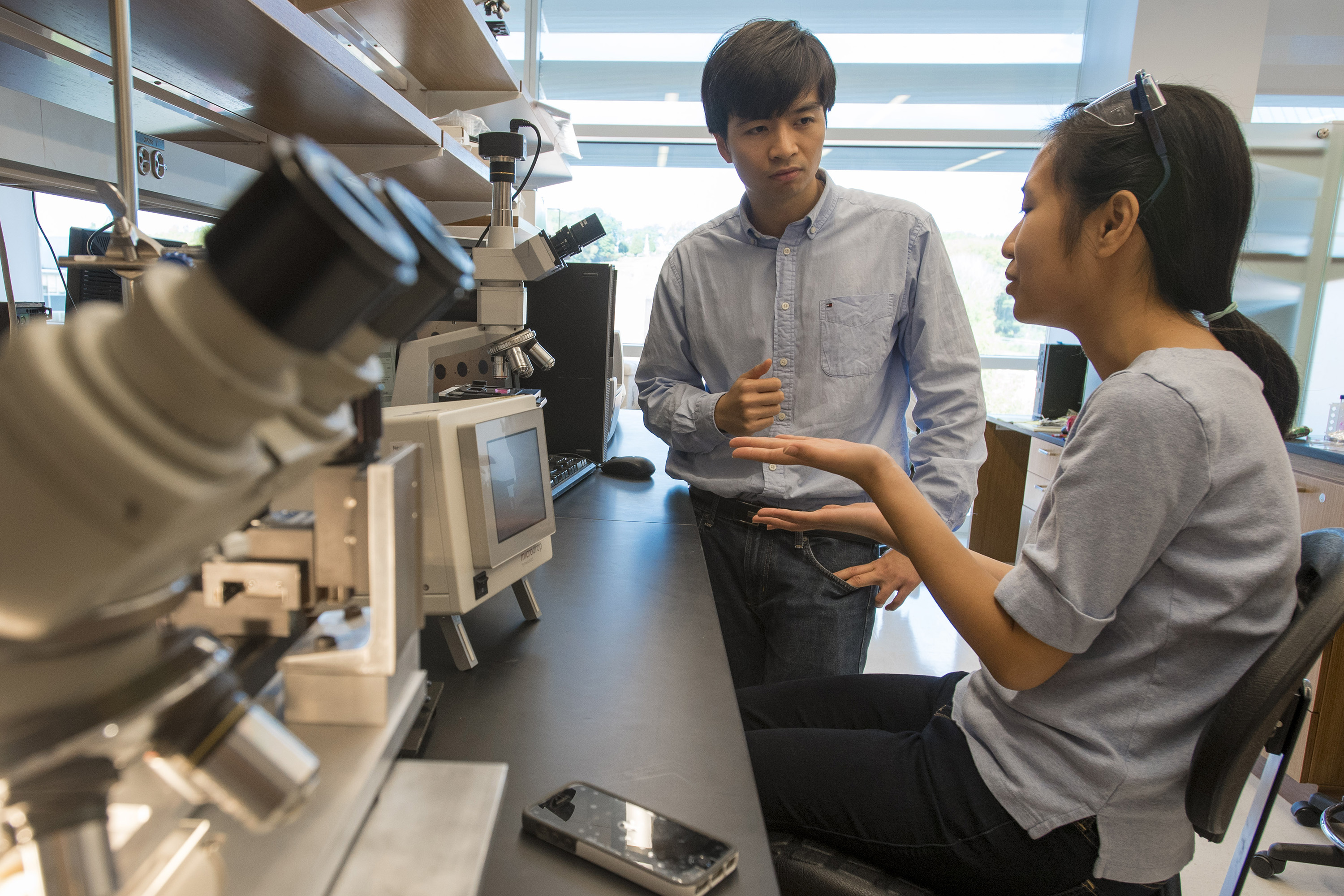 Dr. Nguyen Duc Thanh, an overseas Vietnamese scientist, and researchers at the University of Connecticut (UCONN) have come up with an injection-free, single-use and self-administered microneedle vaccine patch.

The vaccine technology is the brainchild of the 38-year-old assistant professor of Mechanical and Biomedical Engineering at UCONN in the U.S.

Born to a family whose parents were doctors and two elder sisters worked in medicine, Nguyen Duc Thanh was always keen on the medical field.

However, Thanh never thought that it would be his pursuit due to his lack of confidence in biology.

After graduating from Le Quy Don High School For the Gifted in central Da Nang City, Thanh chose engineering physics as his field of study at Hanoi University of Science and Technology before going on to study mechanical and aeronautical engineering for his PhD program at Princeton University, where he found his lifelong passion – nanotechnology.

In-depth research on nanomaterials and their extremely rich applications in medicine excited him.

Thanh spent all his time in the lab, sometimes nearly 20 hours a day.

Cold and snowy weather could not prevent him from going to the lab every day.

He then began doing post-doctoral research at the Massachusetts Institute of Technology (MIT), where he and other members of a scientist group sponsored by the Bill & Melinda Gates Foundation developed a vaccine technology that only requires single administration instead of multiple injections.

At the time, the team had successfully created microparticles for a single-injection vaccination.

However, the particle size was not small enough to reach the needle’s top, hence limiting the dose of vaccine transmitted into the body.

Not wanting his research efforts to go waste, Thanh sought to create a new method that could overcome problems in his vaccine microparticles.

He came up with and coined the idea of making a vaccine patch similar to that used on a wound.

This method helps create small, modulated particles that release the vaccine at different times and simulate the process of vaccine delivery into the body.

One patch is enough to produce the same immune effect as repeated injections over a long period of time.

The size of a thumb, the patch is placed directly on the skin and allows the vaccine to enter the body through the epidermis without causing much pain like normal injections.

Because of its simple operation, it can be used at home to limit cross-contamination at high-risk health facilities.

The team used a microneedle patch on mice with the Prevnar-13 vaccine, which fights pneumococcal bacteria that cause pneumonia, and published the results in biomedical journal Nature Biomedical Engineering in 2020.

Thanh then received a $432,990 contract from the Biomedical Advanced Research and Development Authority (BARDA), under the U.S. Department of Health and Human Services (HHS), to develop the single-use, self-administered microneedle vaccine technology for infectious diseases such as COVID-19, according to the UCONN website.

In addition to funding from BARDA, the researchers received $160,000 from UCONN to share the cost of the project.

The microneedle patch contains the spike protein, or S-protein, on the shell of the COVID-19 virus, and is programmed to automatically deliver the S-protein as a vaccine antigen against COVID-19 into the skin in time-release fashion – similar to the use of multiple vaccine injections – to trigger the long-term immune protection against the virus.

The technology has been considered truly ground-breaking and attracted the attention of the American media.

He is also in the process of starting a company to develop the vaccine patch.