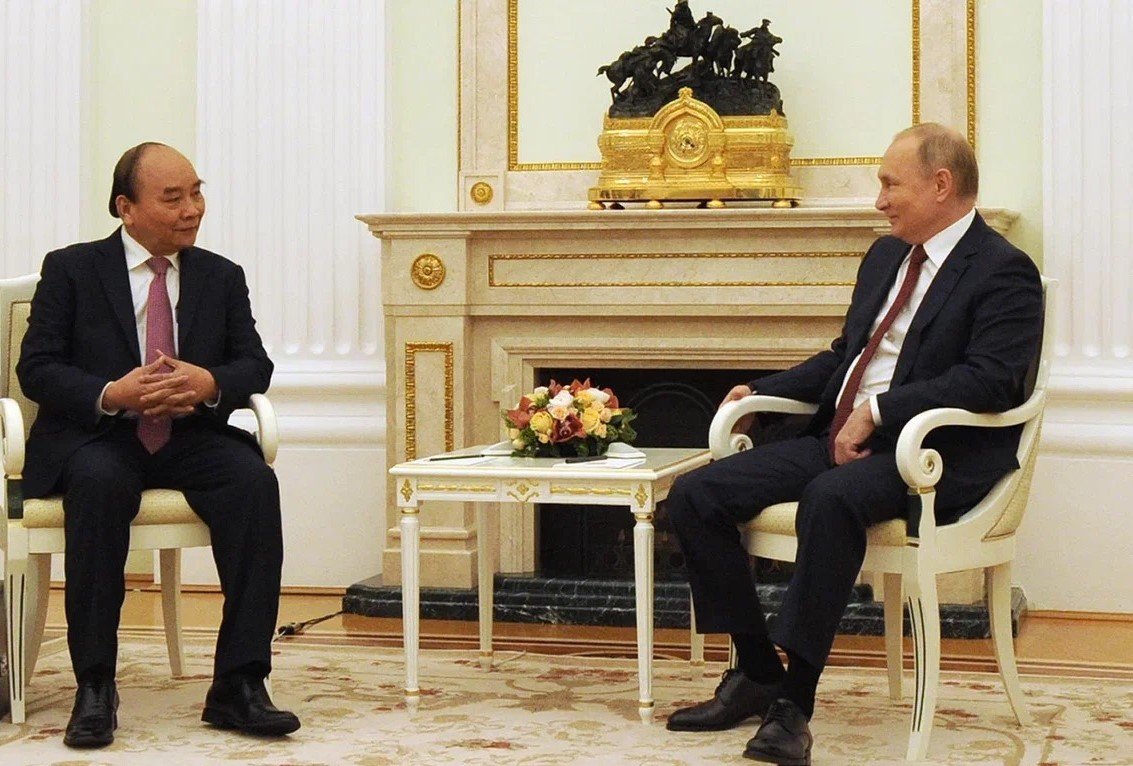 The two leaders discussed measures to open up a new cooperation era of the two nations’ comprehensive strategic partnership with a vision to 2030.

They agreed that the Vietnam-Russia political and diplomatic ties have been boosted thanks to regular meetings at all levels within both bilateral and multilateral frameworks despite the COVID-19 pandemic.

Cooperation in national defense and security has reaped important achievements, the presidents continued, adding that economic cooperation should be turned into an important pillar of the bilateral relationship.

They pledged to effectively implement the free trade agreement between Vietnam and the Eurasian Economic Union and make breakthroughs in bilateral trade and investment ties.

Both sides vowed to facilitate bilateral collaboration in the supply of liquefied natural gas, thermal and gas-fueled power, and renewable energy while stepping up the construction of a nuclear science and technology research center in Vietnam, considering it one of the major projects between Vietnam and Russia in the near future.

The leaders praised the bilateral cooperation in COVID-19 prevention and control, including the sharing of face masks, medical supplies, and vaccines.

Following their talks, both sides issued a joint statement on the vision of their comprehensive strategic partnership by 2030.

During his meeting with the staff of the Embassy of Vietnam in Russia, which took place on the same day, President Phuc stated that he had had very successful talks with President Putin.

They discussed 20 issues related to cooperation between the two countries, upon which they reached high consensus, he said, adding that the Russian president supported many issues raised by Vietnam.

Russia is not only a leading partner of Vietnam in socio-economic and national defense cooperation but is also an important partner in the country’s foreign policy, Phuc stressed.