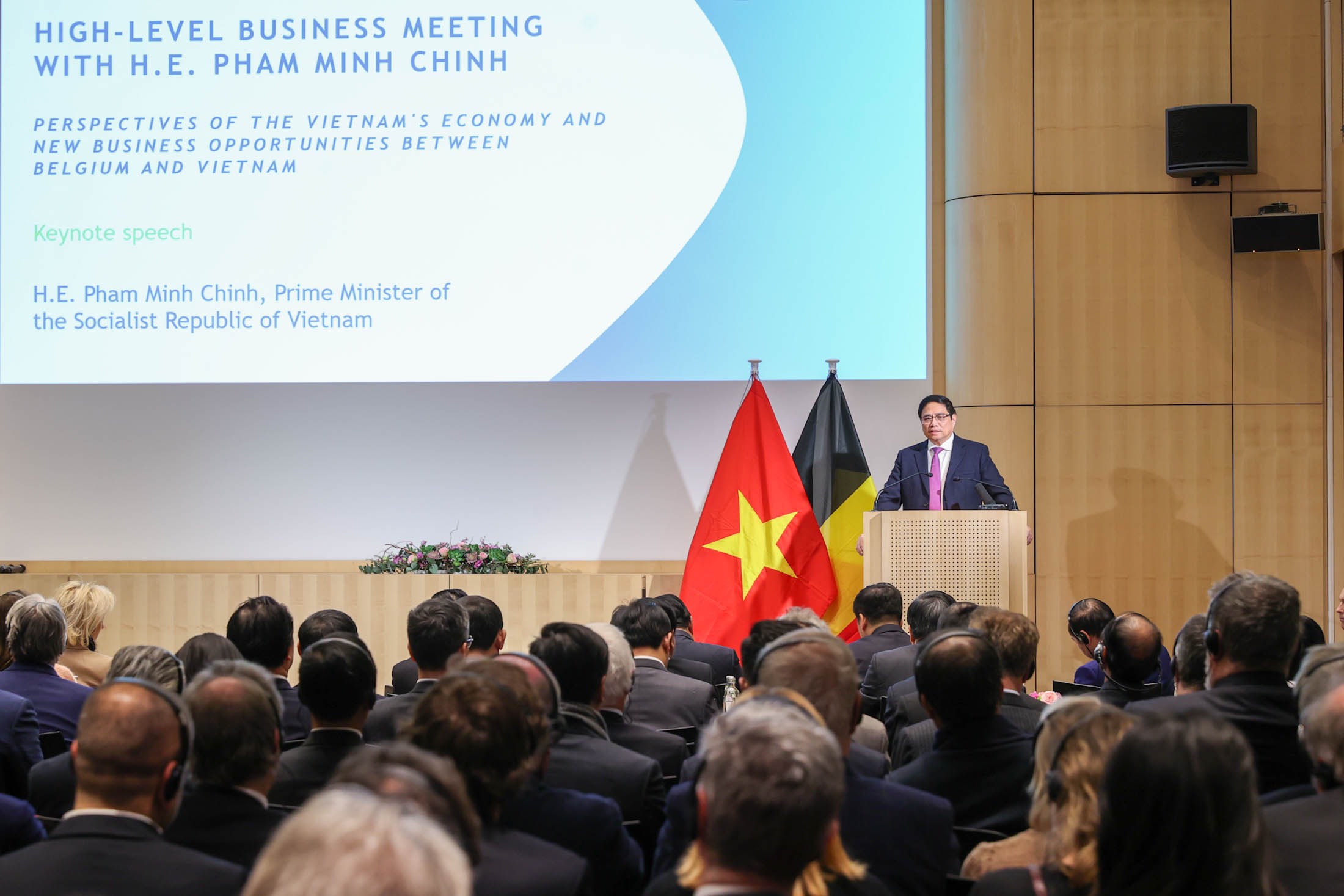 Prime Minister Pham Minh Chinh called on Belgian firms to expand their business in Vietnam during the Vietnam-Belgium Business Forum in Brussels on Thursday.

In his speech, PM Chinh stressed that the world is changing rapidly and no country can handle global issues such as strategic competition, risks of conflicts, food crisis, energy crisis, and climate change on its own, thus nations need to strengthen international solidarity and uphold multilateralism.

The bilateral ties between Belgium and Vietnam have grown dynamically and practically across all fields, from politics to economy, culture, and education, since the two countries established diplomatic relations nearly 50 years ago, the premier continued.

Belgian investors have poured nearly US$1.1 billion into Vietnam and two-way trade is estimated to reach around $5 billion this year. Belgium is one of the key gateways for Vietnamese goods to enter the EU.

The Vietnamese economy is estimated to near $400 billion by the end of this year, the leader said, adding that the economy has recovered well after the COVID-19 pandemic thanks to political stability and resilient macroeconomic fundamentals.

Vietnam sticks to its foreign policy of independence, self-reliance, diversification, and multilateralization, and strives to be a good friend, a trusted partner, and a responsible member of the international community.

The business leaders expressed great interest in the country and people of Vietnam, presented the implementation of their projects and investment expansion plans in the country, and gave some opinions related to investment procedures.

The premier praised the successful investment activities of Belgian enterprises in Vietnam and expressed his support for new plans and projects.

He also took note of the businesses’ recommendations and proposals regarding how to improve the investment environment in Vietnam.