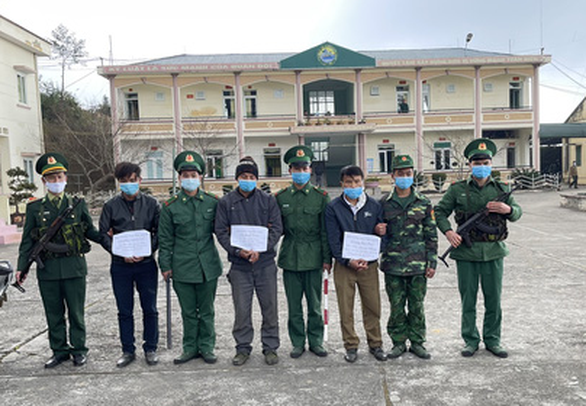 Three men from the Hmong ethnic group in the mountainous regions of northwestern Vietnam have been arrested for alleged human trafficking, according to local border guards.

Border guards from the two provinces of Ha Giang and Lao Cai, in a joint operation with other functional forces, conducted a raid at a village in Ha Giang’s Xin Man District to bust the illicit system trafficking ethnic minority women to China on Tuesday morning.

Three suspects of the Hmong ethnic group, Giang Seo Vu, 25, Trang Seo Pao, 45, and Pu Seo Tam, 29, were arrested while attempting to transport a local woman through the Vietnam-China border.

Their ring is believed to target women from ethnic minorities who were in dire straits.

Preliminary investigation revealed that the traffickers operated the racket in a sophisticated and deliberate manner, with support from Chinese partners in border areas.

The victims were reportedly enticed to begin a romantic relationship with them given a promise of a better future in China.

They were invited to eat out, visit their relatives, enter hotels, and go to different places.

The trapped women then lost direction following the traffickers’ instructions.

Police are searching for other accomplices.