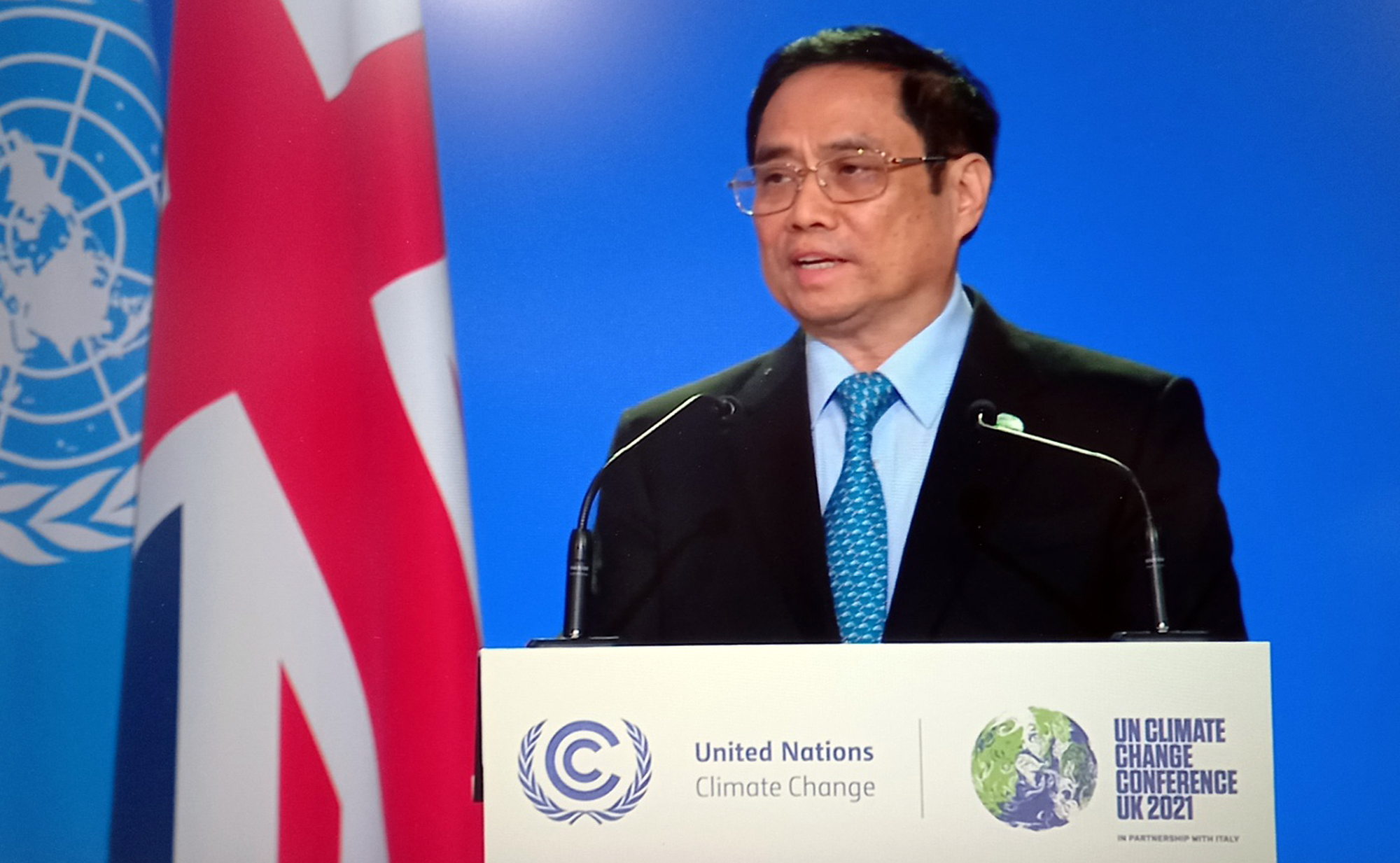 Vietnamese Prime Minister Pham Minh Chinh has called on countries to make strong commitments to reduce greenhouse emissions in his speech at the 26th United Nations Climate Change Conference of the Parties (COP26).

PM Chinh delivered a keynote speech on the first working day of the Climate Summit, held within the framework of the COP26 in Glasgow, Scotland on Monday (local time), according to a Tuoi Tre (Youth) newspaper reporter who accompanied his entourage.

The activity is part of the premier’s busy agenda on his working trip to Europe from October 31 to November 5, which includes his attendance at the COP26 and visits to the UK and France.

In his speech in front of 120 global leaders, the Vietnamese head of government stated that climate change has become the biggest challenge facing humanity.

Extreme weather conditions and rising sea level are seriously affecting food and water security and sustainable development, as well as threatening the survival of many countries and communities.

This requires the international community to take stronger and more responsible actions without delay on a global scale, PM Chinh underscored.

He affirmed that response to climate change and natural recovery must become the top priorities in every development policy.

Science and technology must take the lead while financial resources must be used as a lever to promote the transformation of development models toward a green, sustainable, inclusive, and humane economy.

Every action must be nature-based and people-centric, he continued, adding that no one should be left behind.

All countries need to make strong commitments to reduce greenhouse emissions on the basis of common responsibility that suits their conditions and capacity.

Despite being a developing country that has just carried out its industrialization drive over the past three decades, Vietnam tries to reduce greenhouse gas emissions by leveraging its own resources, coupled with the support of the international community in terms of finance and technology transfer.

Such measures are aimed at achieving net-zero emissions by 2050, Chinh emphasized.

Vietnam is making great efforts to respond to climate change, develop its economy, and ensure a better life for all people.

The Southeast Asian country hopes to strengthen cooperation with the international community in sustainable investment and development programs in the coming time.