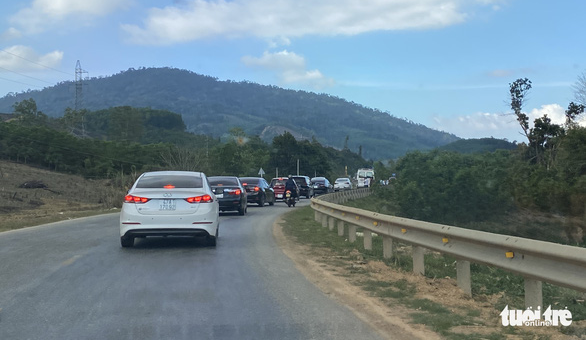 The Vietnamese Ministry of Transport has proposed spending US$965 million starting to build the Khanh Hoa – Buon Ma Thuot Expressway in 2023 so that it can be put into operation by 2026.

The ministry has just submitted a pre-feasibility study report on the expressway project to Prime Minister Pham Minh Chinh.

Its next step will be seeking consideration and decision from the National Assembly on the investment policy for the project.

The route, which will connect the south-central and Central Highlands regions, is 117.5 kilometers in length, including a 32.7-kilometer section through Khanh Hoa and the other 84.8 kilometers through Dak Lak.

The expressway will have four lanes, 49 bridges on the main route, along with seven overpasses and three tunnels, including Phuong Hoang Tunnel with a length of 2.1 kilometers, Ea Trang Tunnel and Chu Te Tunnel stretching for 700 meters each.

The project would be implemented at a public cost of about VND21.94 trillion (US$965 million).

Its construction is expected to start in 2023 while its inauguration is scheduled for 2026.

Site clearance and resettlement will be carried out from 2022 to 2024.