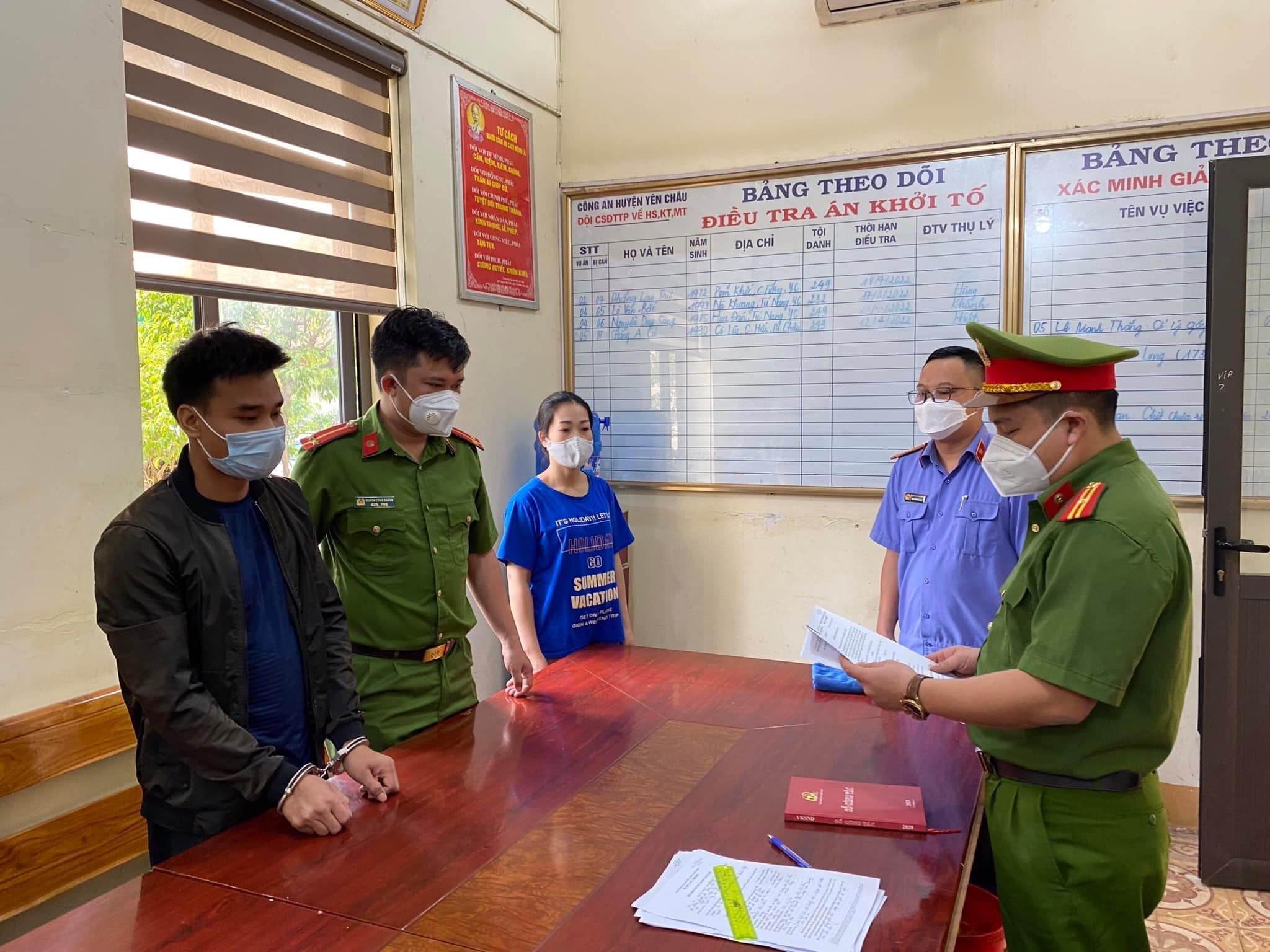 Nguyen Van Hoan is held at the police station in Son La Province, Vietnam in this photo supplied by officers.

The Vietnamese man who had his genitalia cut off by his wife last week has been arrested on suspicion of repeatedly raping his teenage step-daughter between 2020 and 2022.

Police in Yen Chau District in northern Son La Province confirmed on Monday they had arrested Nguyen Van Hoan, 29, on charges of raping a person aged from 13 to 16.

In August 2020, Hoan wanted to have sex with L. and decided to create a fake Facebook account named Hoang Long to flirt with her.

After a few conversations, Hoan managed to trick the young girl into sending nude photos and videos of herself.

Hoan then switched to his real Facebook account and blackmailed his step-daughter with these photos and videos.

The man said he would post the nude content on social media unless L. agreed to copulate with him.

On the morning of March 19, N. installed a secret camera near her bed after she had often lost money for unknown reasons.

After checking the camera later the same day, she was shocked to find her husband was having sexual intercourse with her own daughter on her bed.

N. was infuriated and cut off Hoan’s penis and testicles with a knife on the same night before turning herself in to local police.

She also reported her husband’s crime and provided video footage as proof.

Hoan was admitted to the hospital for emergency treatment. He was taken into custody after being discharged from the hospital.