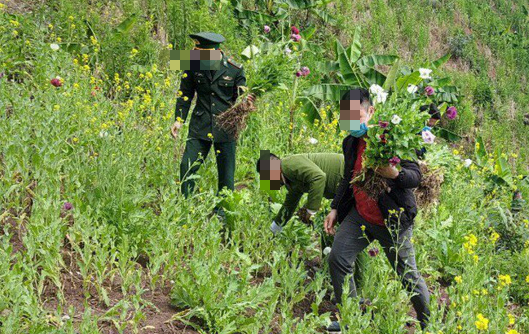 The police officers arrested Ho A Cau, the 36-year-old owner of the 377-square-meter plot in Nam Po District, for growing the prohibited plants following the discovery.

Functional forces then uprooted and destroyed all of 3,268 opium poppy plants, which were intercropped with vegetables for disguise, discovered during their flowering period in the case.

Police of Nam Po District are further investigating the case to appropriately handle Cau in accordance with the Vietnamese regulations.

In order to prevent the processing of opium, Vietnam prohibits cultivation of the plant.

Farmers found cultivating 500 to 3,000 plants could face jail terms of six months to three years, while those growing the plants on a bigger scale can get up to seven years in jail.