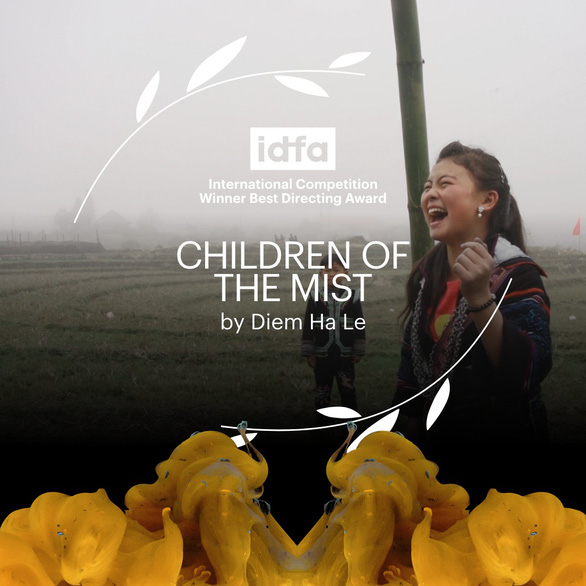 The International Documentary Film Festival Amsterdam (IDFA) this week named Vietnamese filmmaker Ha Le Diem the winner of this year’s Best Directing award for her debut feature ‘Children of the Mist,’ a deep dive into latent value conflicts within a Hmong community in northern Vietnam.

Diem triumphed over 11 other nominees to grab the accolade and the accompanying €5,000 (US$5,700) cash prize, the IDFA announced in an awards ceremony on Friday.

Best Directing is the second-most prestigious award at the festival after Best Film, where ‘Children of the Mist’ was also nominated but eventually lost to Ukrainian director Sergei Loznitsa’s ‘Mr. Landsbergis.’

Capturing the life of Di, a 12-year-old Hmong girl living in the upland town of Sa Pa in northern Vietnam, the 92-minute flick attempts to tackle the clash of cultural undercurrents in her community, where children from a traditional culture venture out to find their stance in a world of modernity.

As children in her village tend to get married early, Di decided to push on with education where she learns discrete values and sets out to take agency of her own life.

In the IDFA jury report, the jurors call Diem’s film “an endlessly empathetic film that tackles subjects as fraught as gender, ethnicity, and modernity with an unflinching but non-judgmental eye.”

“This first-time filmmaker negotiates that tricky balance brilliantly, making her own emotional attachment transparent without intrusively forcing herself into the moving story of a Hmong girl caught between childhood and adulthood, and cultural tradition and modernity, in the remote Vietnamese countryside,” reads the introduction on IDFA’s website.

Being an ethnic Vietnamese woman, the 30-year-old director has had first-hand experiences of childhood life in the Vietnamese upland.

“One of my childhood friends got married at a young age, which got me thinking about her fate constantly,” she told Tuoi Tre (Youth) newspaper.

“I was inspired to make a film about Di after seeing her emulating ‘wife stealing,’ a controversial Hmong marriage tradition, with her friends, as she reminded me of my childhood friend.”

At this year’s IDFA, Diem’s debut film was also honored as one of the best by a debutant.

Widely considered among the world’s leading events for documentary features, the International Documentary Film Festival Amsterdam has been held annually in Amsterdam since 1988 to promote the production of high-quality documentaries with “urgent social themes that reflect the spirit of the time in which they are made,” its official website stated.