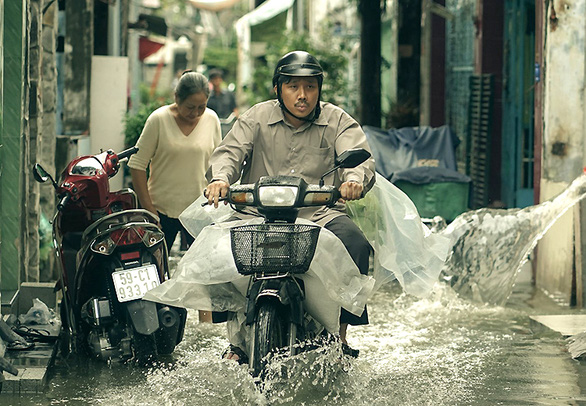 The 94th Academy Awards ceremony, presented by the Academy of Motion Picture Arts and Sciences, announced on Tuesday the shortlists for ten categories, including International Feature Film, upsetting film fans across Vietnam who hoped the Vietnamese comedy-drama Bo Gia (Dad, I’m Sorry) would be a contender.

Earlier this year, Bo Gia, produced and co-directed by famed comedian, actor, and TV host Tran Thanh, was chosen by a jury from the Vietnam Cinema Department under the Ministry of Culture, Sports, and Tourism, to represent Vietnam at the 2022 Oscars.

Bo Gia is the highest-grossing Vietnamese movie ever as its revenue has surpassed the US$1-million mark, becoming the first Vietnamese-produced title to reach that milestone.

Ninety-two films from around the world competed to make the 15-film shortlist in the Best International Feature Film category.

Among the shortlisted films, favorites to win the award are Drive My Car, A Hero, and The Worst Person in the World.

While many of the selected films earned a spot on the shortlist in their own right, film fans from across the world were shocked that Titane from director Julia Docournau – a Cannes Film Festival Palme d’Or winner – missed the cut.

Equally surprising to many was the absence of South Korean flick Escape from Mogadishu from the list.

In the next phase, Academy members will view all 15 shortlisted films and nominate their favorites in order to determine the final nominees for the 2022 Oscars.

The 94th Academy Awards will take place on March 27 at the Dolby Theater in Los Angeles.

The winners will be announced during a live television broadcast in more than 200 countries and territories worldwide.

The International Feature Film Award is announced each year by the U.S.-based Academy of Motion Picture Arts and Sciences, according to its website.

The nominees for the award are feature-length motion pictures produced outside the U.S. with predominantly non-English dialogues.

Each country is eligible to submit only one film, released between October 1 and September 30 of each calendar year.

Vietnam has made 18 submissions to this award over the last 28 years, but only one movie has been nominated – Mui Du Du Xanh (The Scent of Green Papaya), a 1993 film by Vietnamese-French director Tran Anh Hung.