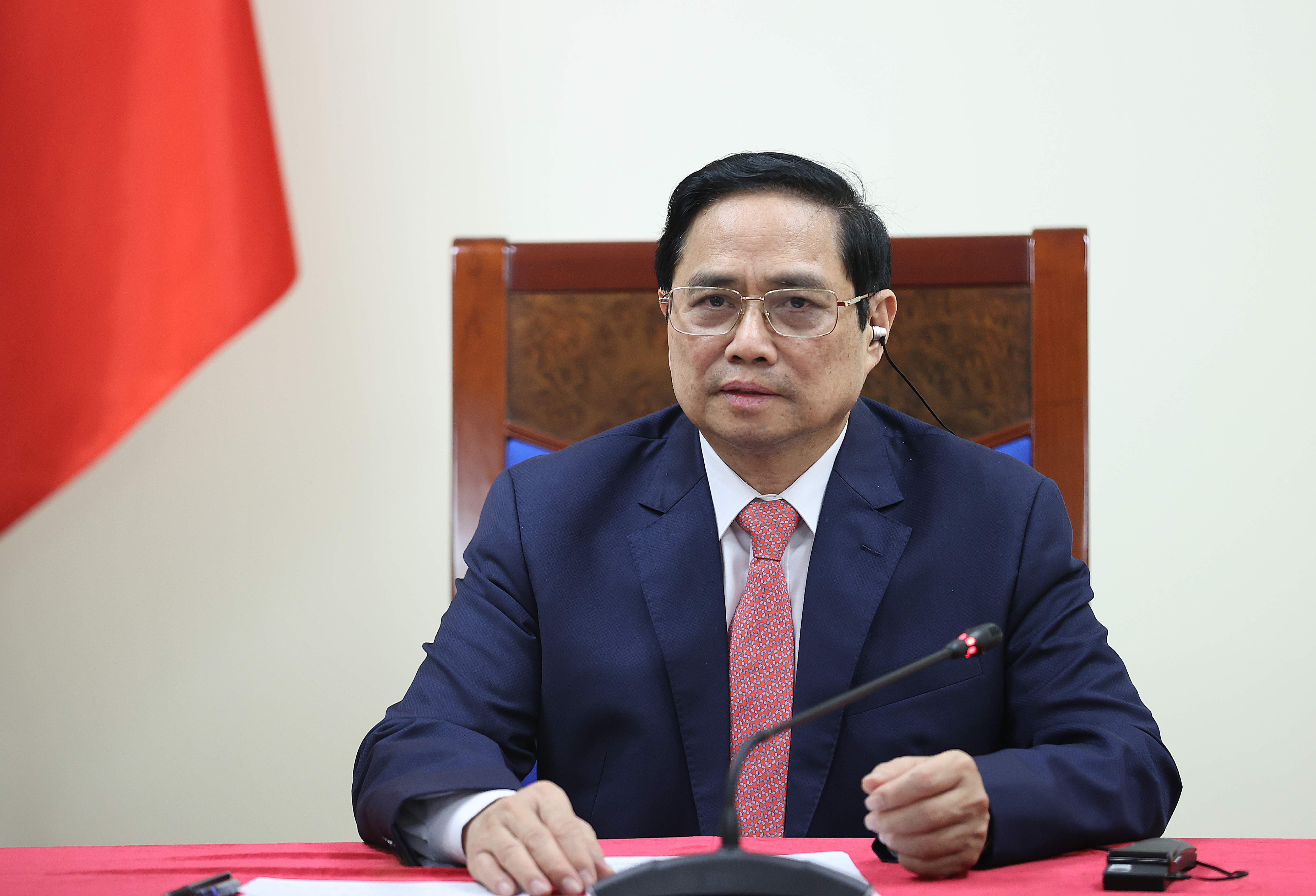 During the dialogue, PM Chinh stated Vietnam always values its friendship and comprehensive cooperation with the Netherlands in politics, diplomacy, trade and investment, security and defense, culture, education, agriculture, and climate change adaptation.

He thanked the Dutch government and business community for helping Vietnam overcome the difficulties brought about by the COVID-19 pandemic.

The premier expressed hope that the Netherlands will help boost connectivity between Vietnam and Europe, which will promote the export of Vietnamese products to the European market.

He urged the Dutch parliament to ratify the EU-Vietnam Investment Protection Agreement (EVIPA).

Chinh proposed that the Netherlands grant scholarships to Vietnamese students and create favorable conditions for the Vietnamese community there.

PM Rutte praised Vietnam’s achievements over the past time, particularly in COVID-19 prevention and control.

He believed that the two nations should work closely in promoting trade and investment for economic recovery and growth.

They discussed measures to promote bilateral collaboration within the framework of the two nations’ strategic partnership, focusing on fields such as climate change adaptation, water management, sustainable agriculture, and food security.

The prime ministers underscored the importance of maintaining peace and stability in the East Vietnam Sea as well as solving disputes in accordance with international law, including the 1982 United Nations Convention on the Law of the Sea (UNCLOS).

PM Rutte said he hoped to soon welcome the Vietnamese premier to the Netherlands for an official visit in the near future.