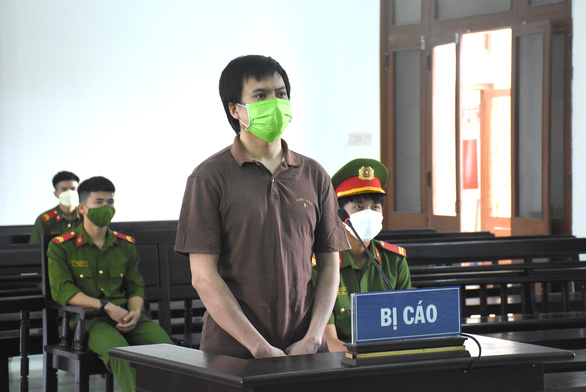 A Vietnamese driver has received a nine-year jail term for transporting 11 Chinese nationals into Vietnam in April 2021 while the country was struggling against a fast-spreading coronavirus outbreak.

A court in Phu Yen Province on Monday sentenced the car driver, Pham Duy Anh, 37, hailing from Phu Tho Province, to nine years behind bars for “organizing illegal entry into Vietnam.”

Anh got to know Phuc, whose identity is still under investigation, on social media at the end of April 2021, according to the indictment.

Phuc told Anh that he was arranging for Chinese nationals to enter Vietnam to reach Cambodia for work.

The other ring members would help the Chinese border jumpers sneak into Vietnam while Anh transported them from north to south.

Anh was reportedly given VND27 million (US$1,184) for each successful trip.

On May 2, he picked up five Chinese near Dong Tri Bridge in Hanoi, carried them to Ho Chi Minh City, and handed them over to an unidentified taxi driver.

On the next day, the man continued transporting six other Chinese from Hanoi to Thanh Hoa Province and handed three to other accomplices to bring them to Ho Chi Minh City.

While Anh was driving through Song Cau Town in Phu Yen Province, he was pulled over by local police for a check.

Three Chinese nationals in the car, Li Chao, Kong De Meng, and Li Jia Sheng, could not present any paper proving their legal entry into Vietnam at the time.

At the trial, he confessed that he did not know the five Chinese on his first trip were illegal immigrants.

However, the court concluded that Anh had tried to smuggle 11 Chinese into Vietnam on purpose, following the testimony and investigation conducted by police officers.