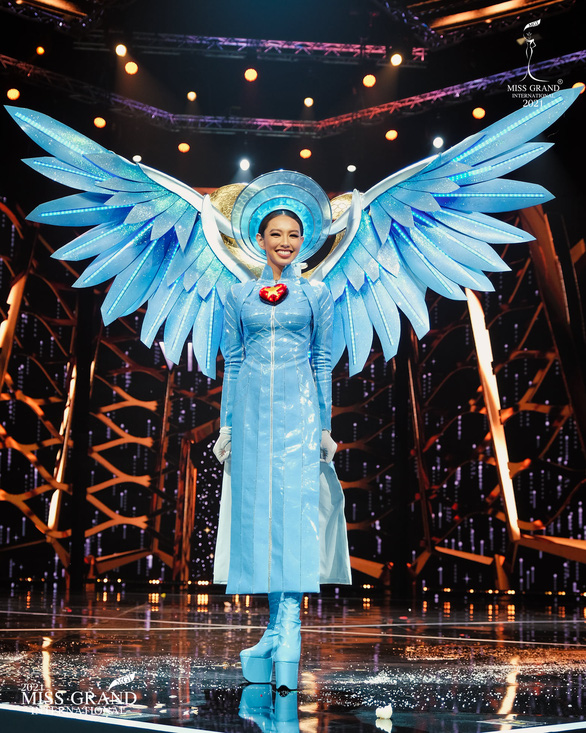 Nguyen Thuc Thuy Tien, from Vietnam, was crowned Miss Grand International 2021 at the pageant’s finale in Bangkok, Thailand on Saturday, becoming the first Vietnamese contestant to win the title.

The 23-year-old beauty was honored after surpassing 69 other candidates from different countries and territories around the world.

In the final night, Tien not only showed her confidence and outstanding beauty in swimsuit and evening gown performances, but also presented good communication skills through the eloquence and behavior categories in both Vietnamese and Thai, ABS-CBN News reported.

In addition to the winning crown, several other awards were also presented to contestants, with Miss Popular for Pokimtheng Sothida Pokimtheng Sothida from Cambodia, Best in Evening Gown for Indy Johnson from Thailand, and Best in Swimsuit for Vivianie Diaz Arroyo from Puerto Rico.

In Vietnam, Tien finished the Miss Southern 2017 as the first runner-up and entered the Top 5 of the Miss Vietnam 2018 with the Beauty With A Purpose title.

“As Miss Grand International is a contest to promote and honor the message of world peace, I had the desire to spread that message more widely when joining it,” the beauty queen told Tuoi Tre (Youth) newspaper.

Such a message is not necessarily to be manifested in vague things, the beauty said, but it encourages everyone to take action together to make a big difference, she remarked.

“When attending this beauty pageant, I wished to be able to glorify Vietnam and spread the nation’s unique culture and noble humanitarian values to international communities,” the wining beauty said.