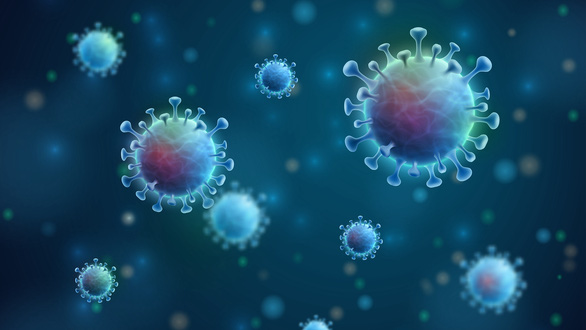 A new strain of the COVID-19 Omicron variant, XE, first detected in the UK over two months ago and possibly 10 percent more contagious than any previous mutants, has yet to be found in Vietnam, health authorities reported on Sunday.

The new mutation XE is a recombinant of the two sub-variants BA.1 and BA.2 of the Omicron, which was designated by the World Health Organization (WHO) as a variant of concern in November 2021 and has since spread as the most transmissible across the world.

Weekly COVID-19 reports in Vietnam have yet to record the appearance of the XE variant, while the Omicron sub-variant BA.2 has dominated new infections nationwide, the Ministry of Health said.

The Omicron variant, first detected in Vietnam in a case imported from the UK on December 19 last year, is more than twice more infectious than its preceding strain Delta, and in unvaccinated people, this rate is even higher, according to the National Institute of Hygiene and Epidemiology.

Currently, the BA.2 sub-variant is also the dominant strain of the coronavirus worldwide, representing nearly 86 percent of all sequenced cases, according to the WHO.

The WHO has recently issued a report outlining their initial findings of XE, a potentially new variant of concern.

“Early-day estimates indicate a community growth rate advantage of 10 percent as compared to BA.2, however, this finding requires further confirmation,” the report said.

The XE strain was first detected in the UK on January 19, and more than 600 XE cases have been confirmed since then, according to UK Health Security Agency (UKHSA).

Recombinant variants are not an unusual occurrence and several have been identified over the course of the pandemic to date, said Professor Susan Hopkins, chief medical advisor at UKHSA.

“This particular recombinant, XE, has shown a variable growth rate and we cannot yet confirm whether it has a true growth advantage,” Hopkins said.

There is not enough evidence to come to conclusions about transmissibility, severity or vaccine effectiveness so far, she added.

The WHO said it will continue to closely monitor and assess the public health risk related to recombinant variants like the XE, and will provide updates as further evidence becomes available.

Presently, there is no indication that this new variant is strong enough to cause a dangerous wave, according to the WHO.

Some more time is needed to make comments on how transmissible the XE can be, said India-based Tata Institute for Genetics and Society Director Rakesh Mishra.

“I believe that there is no need to push a ‘panic button’,” he added.

Besides the XE, two other hybrid or recombinant strains of the coronavirus have been recently detected, including the XD and XF, which are derived from a combination of Delta and Omicron, the WHO said.