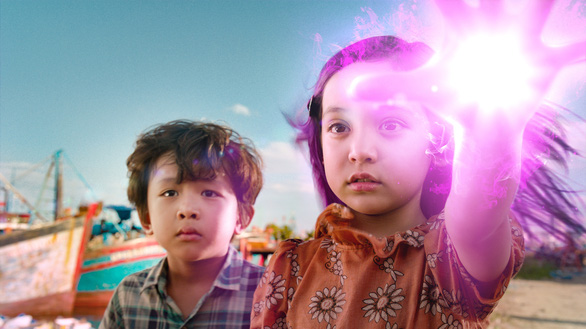 Vietnam’s first sci-fi fantasy film for children Maika has been selected to premiere at the Sundance Film Festival, the largest independent film festival in the United States.

Sundance Institute announced on its website that its next film festival is set to run from January 20 to 30.

The first lineup of competition films was unveiled on Thursday, with Maika listed as the only representative from Vietnam to be screened from January 23 to 30 at the festival.

The Vietnamese film, directed and edited by Ham Tran and co-produced by Jenni Trang Le, Duy Ho, Anderson Le, and Bao Nguyen under EAST Films, was licensed to be released in Vietnam, yet suspended due to the COVID-19 pandemic.

The film is inspired by the Slovak film ‘Spadla z oblakov’ (She Fell from Clouds), a typical sci-fi TV series for children in Europe in 1978.

The film is about an eight-year-old boy called Hung, who lost his mother and lived with his father, in a not really harmonious relationship.

After Hung’s best friend moved away, his family was also forced to leave by the greedy landlord.

So lonely as he was, Hung often sought solace by looking at the night sky.

One night while he was watching a meteor shower, a star fell to the land nearby.

Hung went to look for the star, which later turned out to be a little girl.

From that moment, a warm friendship was kindled between them.

Sundance complimented Tran’s work for its beautiful setting, fast-paced storytelling, and charismatic acting, which at the same time brings on fun adventures and addresses the universal themes of friendship, family, and compassion.

Tran has been a familiar face to the prestigious Sundance Film Festival, as he premiered his first feature named Journey from the Fall in 2006.

He is also the director of several Vietnamese blockbusters, including romantic comedy How to Fight in Six-Inch Heels (Am Muu Giay Got Nhon), horror film Hollow (Doat Hon), and heist film Bitcoin Heist (Sieu Trom).

The Sundance Film Festival is an annual film festival organized by the Sundance Institute in Park City, Utah each January.

This festival attracts hundreds of thousands of attendees each year, which makes it the largest festival devoted to independent filmmaking in the United States, according to Vox.

Sundance is a prestigious playground which attracts talented independent filmmakers from both the U.S. and countries across the globe.