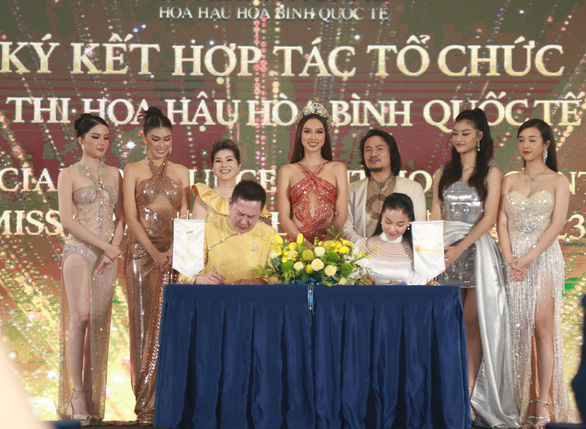 This is the second time Vietnam has been chosen to organize Miss Grand International.

Previously, the country held the event in 2017, which took place in a variety of locations, including Ho Chi Minh City, Quang Binh Province, and Phu Quoc Island.

Nawat said he wanted to promote Vietnam’s economic, tourism, and culinary prosperity to the world.

The representative unit that will host Miss Grand International 2023 in Vietnam also wishes to boost the country’s image to stimulate tourism.

She is happy with her accomplishments, which have helped her represent Vietnam abroad, she said.

The organizers disclosed that Vietnamese judges would participate in the Miss Grand International 2023 jury.

The criteria for choosing a Vietnamese judge is their ability to comprehend, constantly refresh themselves, and empathize with the Miss Grand International contest’s standards for selecting a worthy winner.

In the near future, a list of Vietnamese judges will be made public.

Nawat further stated that the crowned beauty would be chosen based on their demonstrated talent, combined with their attractiveness, bravery, and intelligence.

It is one of the six major global beauty contests, the others being Miss World, Miss Universe, Miss International, Miss Earth, and Miss Supranational.