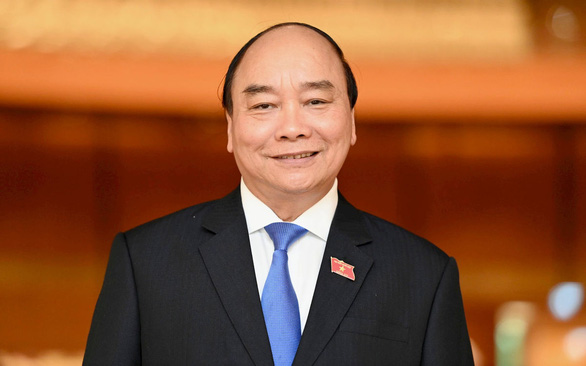 State President Nguyen Xuan Phuc, his spouse, and their entourage left Vietnam on Thursday night for an official visit to Switzerland and Russia from November 25 to December 2 as part of an initiative to promote multifaceted cooperation between Vietnam and the two countries.

The Vietnamese delegation led by State President Phuc will first visit Switzerland from November 25 to 29 and then Russia from November 29 to December 2, the Ministry of Foreign Affairs said.

This is his first official visit to Europe as state president.

The trip to Switzerland is scheduled to celebrate the 50th anniversary of the establishment of diplomatic relations between the two countries.

Most recently, State President Phuc met Swiss President Guy Parmelin in September this year when they attended the 76th session of the United Nations General Assembly.

Switzerland is one of Vietnam’s leading economic partners in Europe, while Vietnam is the former’s fourth-largest trading partner among ASEAN countries, according to the European-American Market Department under Vietnam’s Ministry of Industry and Trade.

Switzerland is currently the sixth-largest European investor in Vietnam, with 167 projects with a total registered capital of around US$2 billion.

The two sides are promoting the early conclusion of the free trade agreement negotiations between Vietnam and the European Free Trade Association (EFTA), which comprises Switzerland, Norway, Iceland, and Liechtenstein, with a view to opening up new cooperation opportunities.

Switzerland is one of the few Western European countries that have maintained development aid to and economic cooperation with Vietnam during the past three decades, with funding amounting to $600 million.

Switzerland will continue assist Vietnam in building a better business and investment environment, while providing $75 million in non-refundable aid for the Southeast Asian nation in the next four years, the Vietnam News Agency cited Swiss Ambassador to Vietnam Ivo Sieber as saying.

In 1971, Switzerland was among the first Western countries to establish diplomatic ties with Vietnam.

Meanwhile, the upcoming visit to Russia will mark the 20-year anniversary of the signing of the joint statement on the Vietnam – Russia strategic partnership.

The two countries have maintained political trust through bilateral official visits, high-level contacts at international conferences, and regular communication via phone calls and online conferences amid the COVID-19 pandemic, the foreign ministry reported.

The two countries have maintained close cooperation in COVID-19 prevention and control, and supply and transfer of COVID-19 vaccine production technology.

Russia has provided its Sputnik V vaccine to Vietnam contractually and bilateral cooperation is underway for the manufacturing of the vaccine in Vietnam.

Vietnam and the Soviet Union, now Russia, established their diplomatic ties on January 30, 1950.