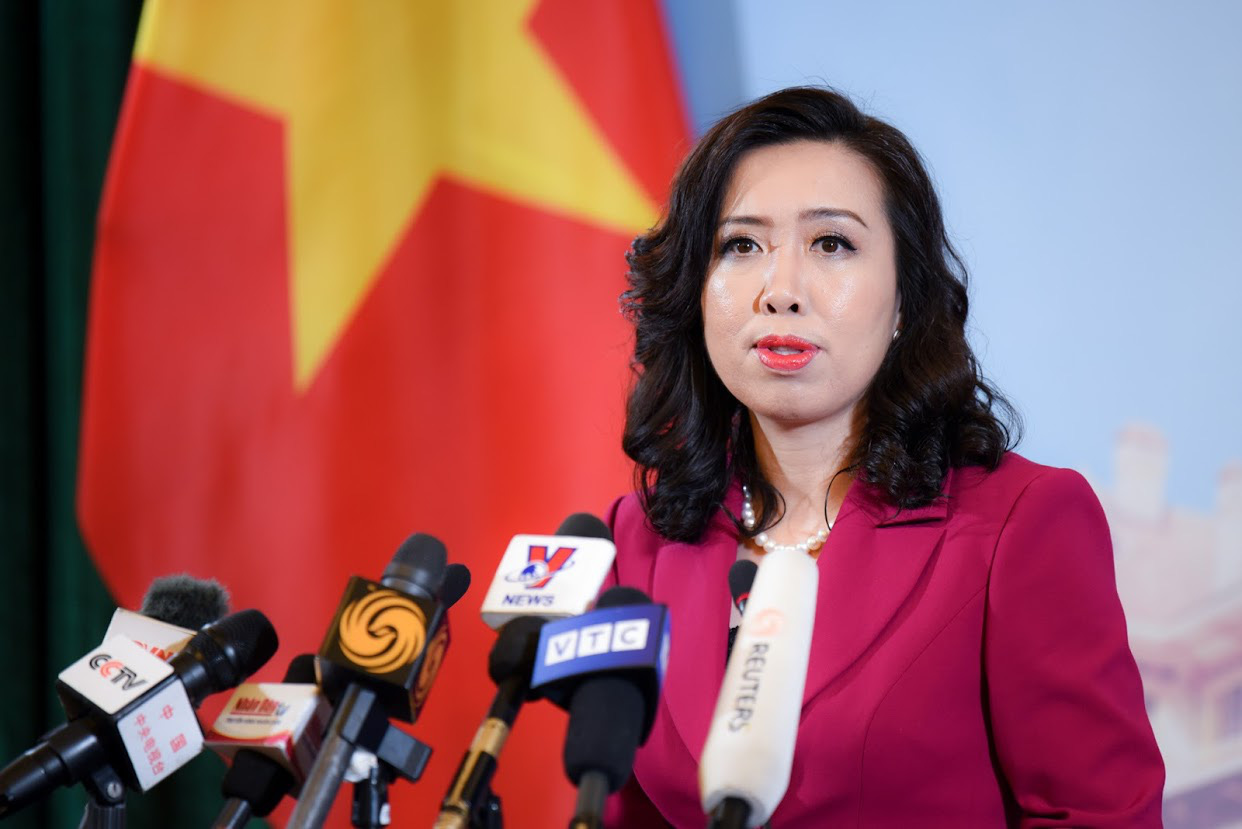 Vietnam has rejected the false information about it building a maritime militia force which was previously published by a Chinese newspaper.

At a regular press meeting on Thursday evening, spokesperson of the Ministry of Foreign Affairs Le Thi Thu Hang stressed that the report is incorrect, and that Vietnam completely refutes it.

Vietnam consistently adheres to the policy of peaceful national defense and self-defense, Hang said, adding that activities of Vietnamese functional forces absolutely comply with Vietnamese law and international law, especially the 1982 United Nations Convention on the Law of the Sea (UNCLOS).

The Southeast Asian country always strives to maintain peace, stability, security, and safety in the East Vietnam Sea in accordance with international law, including the 1982 UNCLOS, the diplomat said.

“We call on countries inside and outside the region to make responsible contributions to the goal,” she said.

A commentary published by China Daily recently said that Vietnam has been arming its maritime militia force, adding that the force engages in maritime confrontation, which threatens stability and safety in the East Vietnam Sea.