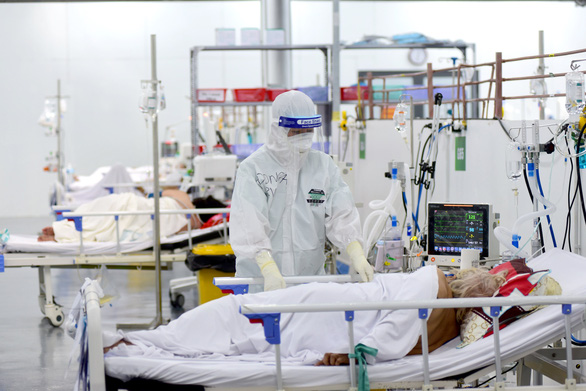 The Binh Duong Province Department of Health on Sunday evening confirmed its first Omicron case, a Vietnamese woman who returned from Canada on January 9.

The Ministry of Health has yet to elaborate on the number of domestic cases included in the 139 Omicron infections registered in 11 localities, but in Ho Chi Minh City alone, six Omicron patients have been detected in the community thus far.

The city is topping the country’s list of Omicron infections with 71 patients, followed by Quang Nam with 27 cases, Hanoi with 14 cases, Khanh Hoa with 11 cases, Da Nang with eight cases, Thanh Hoa and Quang Ninh with two cases each, and Hai Duong, Hai Phong, Long An and Binh Duong with one case each.

Current COVID-19 vaccines can help prevent critical conditions as well as mortalities caused by all coronavirus strains including Omicron, so getting full vaccination is the best way to protect oneself in general, the Department of Health said.

To date, hospitalizations and deaths caused by Omicron have been relatively low in Vietnam thanks to high COVID-19 vaccine coverage, the department said.

The first Omicron infection in the Southeast Asian nation was announced on December 21 last year in a Vietnamese man who returned to Hanoi from the UK two days earlier.

The mutant was designated by the World Health Organization (WHO) as a variant of concern on November 26, 2021, two days after it was first reported to the WHO by South Africa.

The strain, which health experts stated appears to be more contagious but less virulent than previous mutants, has now been found in over 130 countries and territories and has become dominant in many places, according to international media.

The health ministry said it has been updating information about the Omicron strain from the WHO in order to cope with any new epidemic developments.

Heath workers have administered 78.86 million first vaccine doses, 73.88 million second shots, and 23.15 million third jabs to people nationwide since vaccination was rolled out in March 2020, the Ministry of Health reported on Sunday.

Currently, 100 percent of the adult population of the Southeast Asian nation have received their first COVID-19 vaccine doses, while 48 among the country’s 63 cities and provinces have reached a second-jab rate of more than 90 percent.

The ministry has urged all localities to complete the coverage of second vaccine doses for children aged 12 to 17 within this month, while preparing for immunizing children from five to 12 years old.