Vietnam premier to visit US, attend ASEAN – US Special Summit this coming week 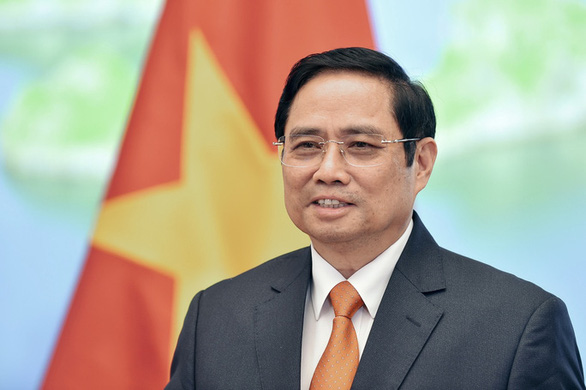 Vietnamese Prime Minister Pham Minh Chinh and his entourage will visit the U.S. and attend the ASEAN – U.S. Special Summit at the invitation of President Joe Biden from May 11 to 17, the Ministry of Foreign Affairs said on Sunday.

The summit will take place from May 12 to 13 in Washington D.C. in celebration of the 45th anniversary of the ASEAN – U.S. diplomatic relations.

The bloc and the U.S. established a dialogue relationship in 1977 and upgraded their ties to a strategic partnership at the third ASEAN – U.S. Summit in November 2015.

Besides attending the coming ASEAN – U.S. Special Summit, PM Chinh will also pay a working visit to the U.S. and have sessions at the United Nations during his trip lasting until May 17.

Vietnam expects and is willing to work with President Joe Biden’s administration to further promote the bilateral ties in a deeper, more effective, and sustainable manner for peace, stability, cooperation, and development in the region and the world, she stated.

The relationship between Vietnam and the U.S. has continued to develop positively over the past time, with leaders of the two sides maintaining contact and telephone conversations at all levels.

Vietnam successfully organized meetings between Prime Minister Pham Minh Chinh and President Joe Biden and special envoy John Kerry on the sidelines of the COP26 Conference in the UK in October 2021.

The two countries have great potential for further expanding their cooperation in various fields, including in new spheres such as epidemic response and climate change, U.S. Ambassador Marc E. Knapper said when he met with Vietnam’s Party General Secretary Nguyen Phu Trong in Hanoi on April 25.

The U.S. supports a strong, independent, and prosperous Vietnam and will boost the development of bilateral ties in the spirit of respect for each other’s political institutions, Knapper said.

Trade between the two countries has grown strongly over the past years, with a total turnover of US$111.56 billion recorded in 2021, up nearly 24 percent from a year earlier, according to the General Department of Vietnam Customs.

The U.S. continued to be Vietnam’s biggest export market while the Southeast Asian nation became the ninth-largest trading partner of the U.S. last year.

By March 2022, U.S. direct investment in Vietnam had reached $10.3 billion, ranking 11th out of the 141 countries and territories investing in Vietnam.

Many large American enterprises have kept investing in Vietnam, including Intel’s additional investment of nearly $500 million in Ho Chi Minh City and Apple supplier Foxconn’s $270 million in northern Bac Giang Province, among others.

On March 29, Vietnam’s VinFast Group signed an MoU with North Carolina to build a $4 billion electric vehicle and battery factory in the state.

Cooperation in COVID-19 response between Vietnam and the U.S. has been on the right track, particularly in medical equipment and vaccines, sharing disease prevention experience, and protecting citizens.

To date, the U.S. has donated to Vietnam nearly 40 million doses of COVID-19 vaccines, including nearly 39 million jabs through the COVAX Facility.