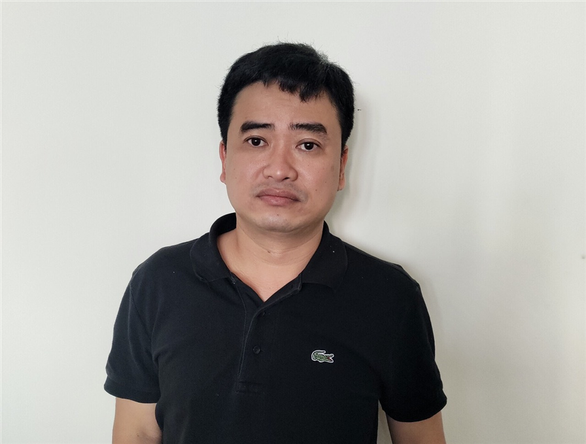 The executive of a technology company and the director of the Center for Disease Control (CDC) of Hai Duong Province in northern Vietnam have been arrested for allegedly colluding to inflate COVID-19 test kit prices to pocket the differences.

Phan Quoc Viet, founder and CEO of Ho Chi Minh City-based Viet A Technology Corporation (Viet A Corp), and Pham Duy Tuyen, director of the Hai Duong CDC, have been detained and prosecuted on charges of “violating regulations on bidding, causing serious consequences,” the Ministry of Public Security said on Sunday.

Former chief accountant of the CDC Nguyen Manh Cuong, along with Viet’s deputy Vu Dinh Hiep, the company’s cashier Ho Thi Thanh Thao, and some others have also been prosecuted, police said.

In April 2020, the Ministry of Health granted a circulation license for Viet A Corp’s one-step RT-PCR test kits, the first-ever made in Vietnam.

The corporation has since provided such kits for many CDCs and medical facilities in 62 provinces and cities, so far earning a revenue of nearly VND4 trillion (US$174 million).

Given the increasing demand for COVID-19 test kits amid a serious outbreak that has hammered Vietnam since late April, Viet concluded with CDC directors of some localities to hike the prices of such kits to illegally make a huge amount of money, according to police documents.

Viet provided the kits for hospitals and CDCs in different localities for use in advance, knowing that pandemic control regulations streamline the process to choose medical equipment providers.

The CEO then conspired with the buyers to carry out supplier appointment procedures in a manner that artificially inflated test kit rates.

He had directed his employees to overstate the prices of production equipment and input materials to hike the selling price of a test kit to VND470,000 ($20.4).

Investigators have yet to unveil the price discrepancy.

Viet paid very large amounts of money to the leaders of the purchasing agencies in return for them to choose Viet A Corp as the test kit provider and agree to the rates fixed by the company.

As found in the investigation conducted at the Hai Duong CDC, Viet A Corp supplied the disease control center with test kits in advance and the bidding formalities came later to legitimize the procurement, investigators said.

The Hai Duong CDC paid for such test kits using the province’s budget allocated to the center for COVID-19 control missions.

From February to December 2021, the CDC paid close to VND152 billion ($6.61 million) to Viet A Corp through five contracts.

More than 30 people involved in the scandal have been under interrogation.

Police have freezed many bank accounts of Viet and some of his accessories worth upwards of VND320 billion ($13.9 million) and $100,000, while seizing 20 properties in Hanoi, Ho Chi Minh City, and other localities.

Eight properties of Tuyen have been distrained, police added.

Viet A Corp is among the leading businesses in the medical equipment industry in Vietnam, owning a system of clinics in Ho Chi Minh City and central Quang Nam Province.

This company previously won many bids to supply chemicals, biological chemicals, and machine consumables for testing at major hospitals across the country.