Seven Indochinese tiger cubs which were rescued by the central province of Nghe An authorities have been taken to Phong Nha-Ke Bang National Park.In August last year, the animals, which were 1-1.5 months old, were saved from illegal wildlife traders.The tigers had been kept in cages and would have likely been sold and slaughtered for bone paste and other tiger-derived products. They were then handed over to Pu Mat National Park in Nghe An. 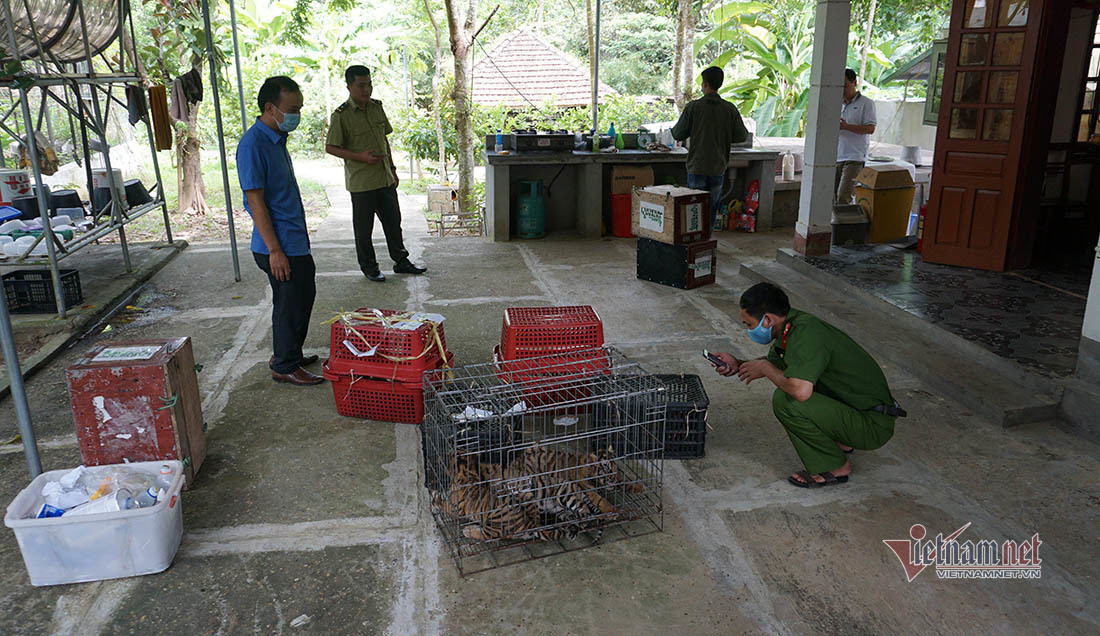