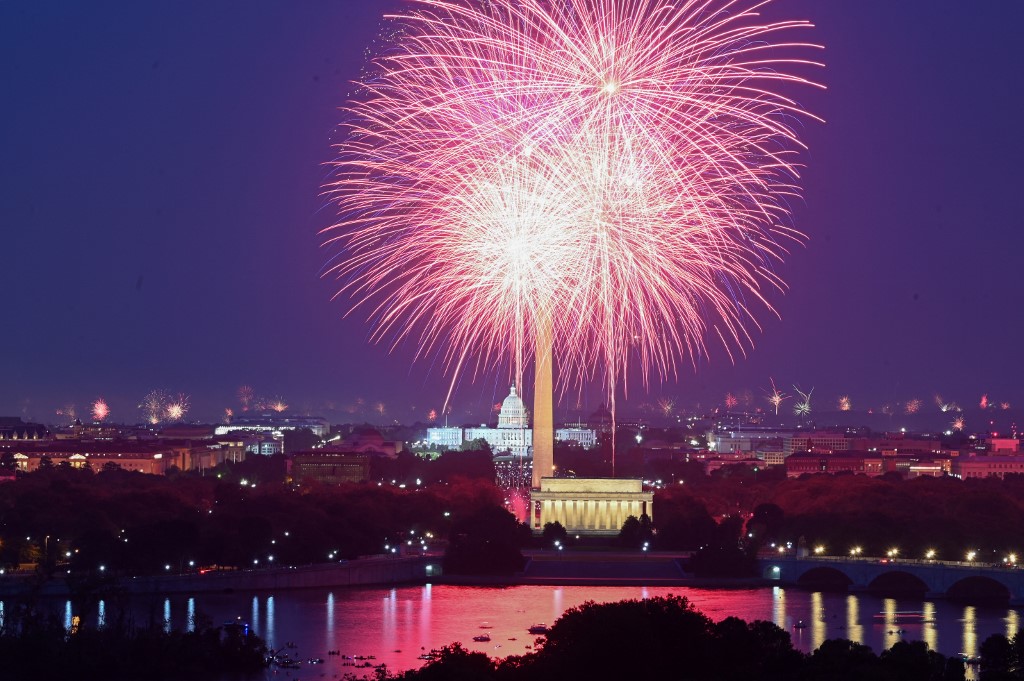 A fireworks show marking the Independence Day of the United States in Washington, D.C. in 2021. Photo: AFP

Vietnamese leaders have sent congratulatory messages to leaders of the U.S. government and Congress on the occasion of the country’s 246th Independence Day.

Chairman of the National Assembly Vuong Dinh Hue also extended greetings to President of the Senate Kamala Harris and Speaker of the House of Representatives Nancy Pelosi.

Vietnam and the U.S. established bilateral relations in 1995, paving the way for a partnership of trust, friendship, and mutual respect.

The bilateral relationship is guided by the comprehensive partnership signed in 2013 and joint statements issued by the leaders of the two countries in 2015, 2016, and May and November 2017, according to the U.S. Embassy in Hanoi.

After lifting the ban on the sale of lethal weapons to Vietnam in May 2016, the U.S. continued to support the Southeast Asian country in maritime security, including handing over Hamilton-class coast guard ships to Vietnam in 2017 and 2020.

The people-to-people relations between the two countries have also developed rapidly, with tens of thousands of Vietnamese students having come to the U.S. to study, contributing nearly US$1 billion to the local economy.