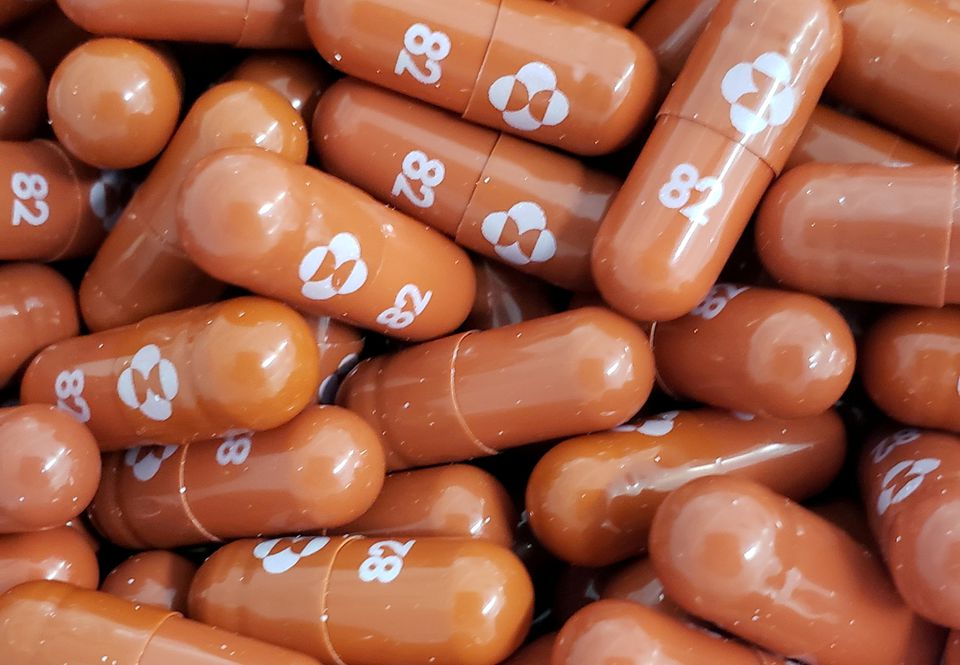 Vietnam’s Ministry of Health has warned of Molnupiravir’s effect on a number of subjects, after the Indian Council of Medical Research (ICMR) recommended the antiviral drug developed by U.S. companies Merck and Ridgeback be kept out of the COVID-19 treatment protocol.

Molnupiravir has been licensed for circulation and approved for emergency use in the treatment of COVID-19 in many countries such as the UK, the U.S., and Japan, according to the Vietnamese health ministry.

Based on the indications and recommendations endorsed by the U.S. Food and Drug Administration (FDA) and the UK Medicines and Healthcare products Regulatory Agency (MHRA), the antiviral drug is used to treat mild to moderate COVID-19 cases in adults with at least one risk factor for severe progression.

Molnupiravir is prescribed for patients with symptoms that arise less than five days earlier, while using it for post- or pre-exposure prophylaxis against COVID-19 is not recommended.

Notably, the ministry also warned that Molnupiravir is not recommended for use during pregnancy.

Women planning to become pregnant should use effective contraception during treatment and for four days after the last dose of Molnupiravir.

It is also not recommended that mothers with COVID-19 breast-feed their children during treatment and for four days after the last dose of Molnupiravir.

For children and adolescents, Molnupiravir should not be used in patients under 18 years of age because of possible effects on bone and cartilage development.

For men, Molnupiravir can affect sperm quality, although the risk is considered low.

Therefore, men who are sexually active with women of childbearing potential should use a reliable method of contraception consistently during treatment with Molnupiravir and for at least three months after the last dose of the drug.

The Ministry of Health specifies that to ensure safety and effectiveness, only use Molnupiravir with a doctor’s prescription following its indications, usage limits and warnings, and cautions.

People are advised against self-medicating with illegal Molnupiravir or medicine of unknown origin.

While using Molnupiravir, a patient should immediately contact their doctor for advice and timely treatment if they encounter any adverse drug reactions.

On January 5, ICMR Chief Dr. Balram Bhargava said that Molnupiravir has major safety concerns and has been excluded from the national protocol for treating coronavirus patients because of permanent transmissible changes in the structure of genetic material of cells and muscles, as well as bone damage, India’s Economic Times reported.

To date, the Vietnamese Ministry of Health has allocated about 400,000 doses of Molnupiravir to 51 provinces and cities that are implementing a program on the controlled use of the drug for mild cases of COVID-19 in the community.

The results of the Molnupiravir trial showed that most of the patients taking the drug had a low viral load, a very low rate of severe disease, and no deaths.

Recently, the advisory council of the Ministry of Health proposed granting conditional circulation registration to three drugs containing the active ingredient Molnupiravir, which are produced in the country.