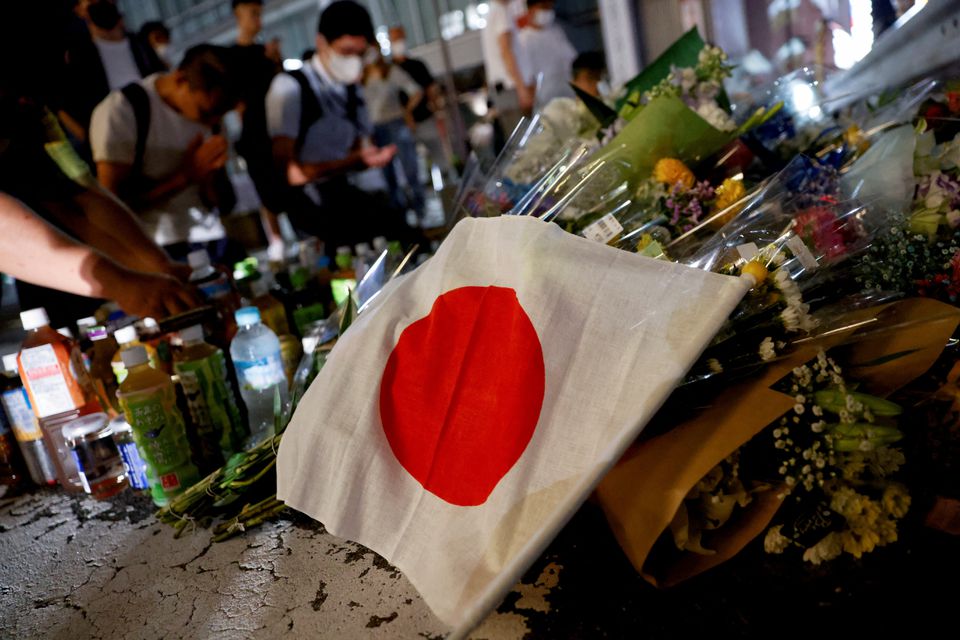 A Japanese flag is seen as people pray next to tributes laid at the site where late former Japanese Prime Minister Shinzo Abe was shot while campaigning for a parliamentary election, near Yamato-Saidaiji station in Nara, western Japan, July 8, 2022. Photo: Reuters

On behalf of the leaders of the Party, State and people of Vietnam, Prime Minister Pham Minh Chinh sent a message of condolences to his Japanese counterpart Kishida Fumio over the death of Japan’s former Prime Minister Shinzo Abe on Friday.

In his message, Prime Minister Chinh conveyed his deepest condolences to the Government and people of Japan and Abe’s family, and expressed his sincere appreciation to Abe’s special sentiments, support and assistance for Vietnam as well as for the extensive strategic partnership between the two countries.

Abe, Japan’s longest-serving Prime Minister, died on Friday at the age of 67.

Abe was shot in an apparent assassination attempt Friday during a stump speech for Sunday’s Upper House election.

The killing of the former leader shocked the nation and reverberated around the globe.