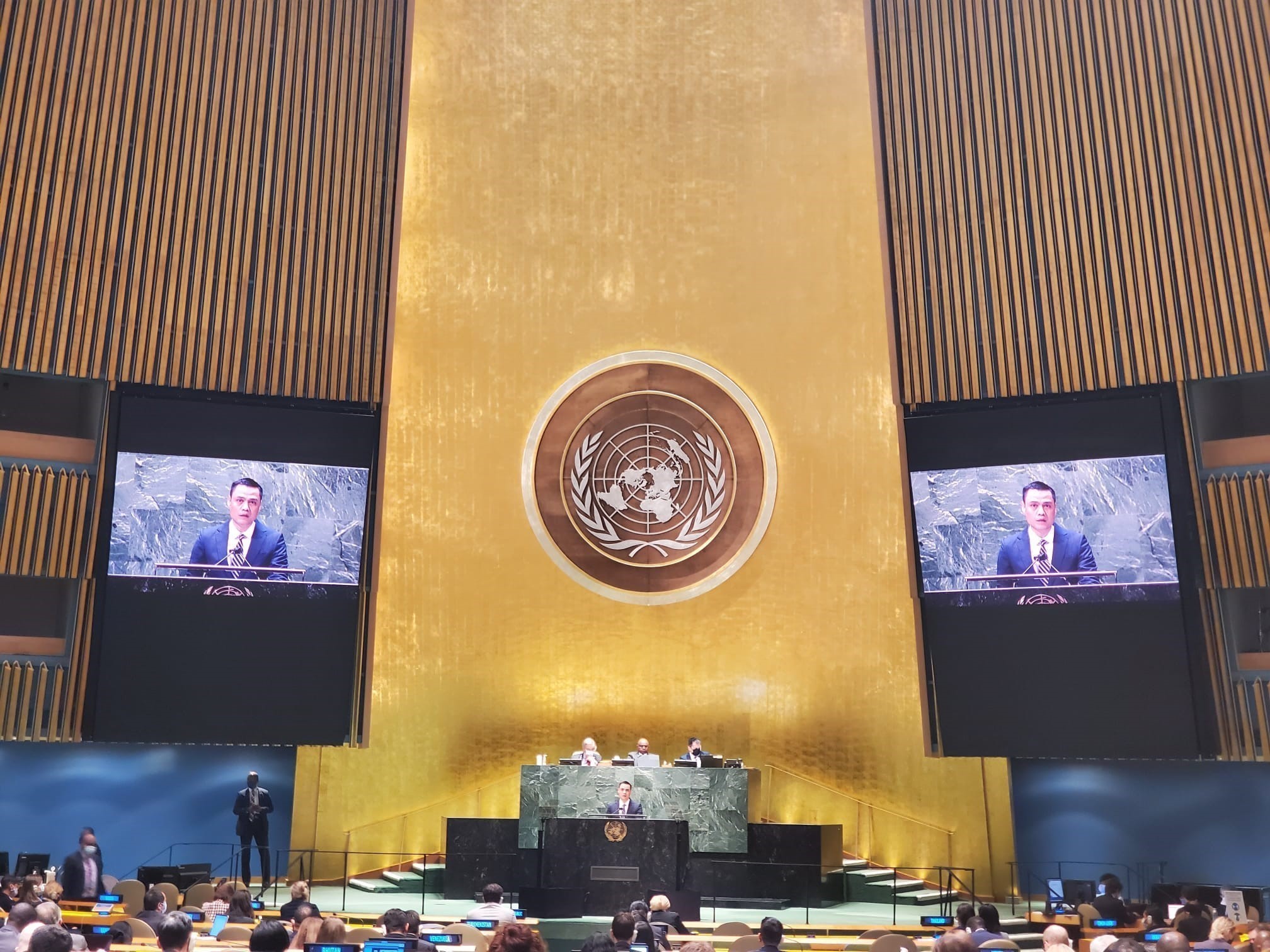 On Tuesday, the second day of the special session, more than 100 countries and organizations expressed their opinions and viewpoints on the important issue.

Vietnam finds that wars and conflicts often arise from outdated doctrines of power politics and ambitions to dominate and use force to resolve international disputes, said Ambassador Dang Hoang Giang, head of Vietnam’s Permanent Delegation to the UN.

Giang affirmed Vietnam’s consistent stance on settling international disputes by peaceful means on the basis of respect for international law, the United Nations Charter, independence, sovereignty, and territorial integrity of nations, non-interference in internal affairs, and non-use of force in international relations.

Regarding the situation in Ukraine, the ambassador expressed deep concerns and called for restraint, an end to the use of force, the resumption of dialogue, and the search for a long-term solution to disagreements.

He welcomed the dialogue between the delegations of Ukraine and Russia on Monday and hoped that relevant parties would carry out more dialogues toward a suitable solution.

Giang stressed the importance of ensuring security and safety for the people, and protecting essential infrastructure in accordance with international humanitarian law.

He asked the international community to promote humanitarian aid to civilians.

Relevant parties must ensure security and safety for the expatriate communities in Ukraine, including the Vietnamese community, and create favorable conditions for the safe evacuation of Vietnamese citizens.

Russia began attacking Ukraine on Feburary 24, saying it wanted to demilitarize and denazify the neighboring country.