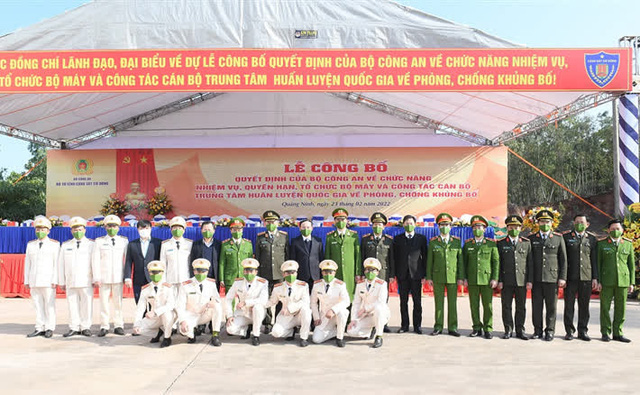 The Vietnamese Ministry of Public Security organized a ceremony in northern Quang Ninh Province on Wednesday to announce the decision to establish a national center for counter-terrorism training.

The decision was handed by General To Lam, Minister of Public Security, to Lieutenant General Pham Quoc Cuong, Commander of the Mobile Police Command, at the event.

The national center for counter-terrorism training is responsible for organizing training on counter-terrorism; making preparations to respond to possible situations of terrorism, sabotage, armed riots, or particularly dangerous criminal subjects; participating in rescues and dealing with emergency situations; and performing other tasks under programs and plans approved by competent authorities.

Speaking at the event, General To Lam said that he is looking forward to the stable operation and development of the center in terms of both personnel and facilities in the future.

Colonel Minh promised that he and his staff will fulfill all of their missions.