Vietnam elected as member of UNESCO Executive Board 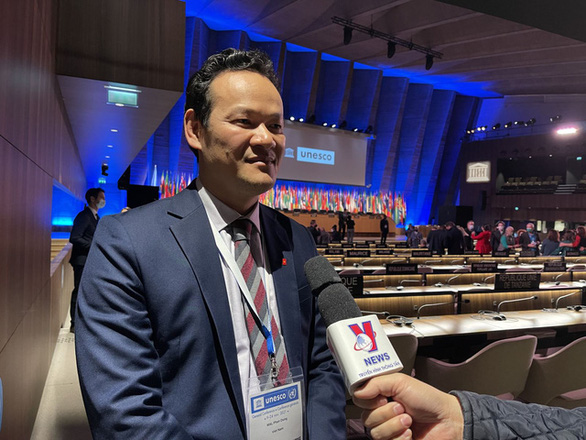 Vietnam has won a seat on the Executive Board of the United Nations Educational, Scientific and Cultural Organization (UNESCO) for the 2021-25 term, according to voting results unveiled at a session earlier this week.

With 163 votes, or 92 percent, out of the 178 members at the 41st session of the UNESCO General Conference held on Wednesday in Paris, France, Vietnam was elected as a UNESCO Executive Board member, the Vietnam News Agency quoted Mai Phan Dung, secretary-general of the Vietnam National Commission for UNESCO, as saying.

The UNESCO Executive Board seat continues demonstrating the country’s rising global position and prestige as well as the international community’s recognition for its contributions to UNESCO, said Dung, who is also head of the Department of Cultural Diplomacy and UNESCO Affairs under Vietnam’s Ministry of Foreign Affairs.

This is the result of Vietnam’s policy of multilateralism, diversification, and comprehensive and extensive international integration, as well as the outcome of the election campaign deployed effectively over the past years, the official commented.

The UNESCO Executive Board membership gives the Southeast Asian country good opportunities to protect national interests and make the most of UNESCO’s ideas and initiatives in serving national construction and development in a sustainable and comprehensive manner, Dung said.

Vietnam will also have the chance to have a say in international issues of UNESCO’s concerns.

In the 2021-25 tenure, Vietnam will actively engage in UNESCO’s major programs in education, culture, natural science, social science, and information and communications, thereby affirming its role and prestige in UNESCO in particular and the world in general, the official said.

The Executive Board, which consists of 58 member states each serving a four-year term of office, prepares the agenda of the General Conference and examines the program of work for UNESCO and corresponding budget estimates submitted to it by the director-general, according to the UNESCO website.

The board is responsible for the execution of the programs adopted by the General Conference and, in this connection, considers the reports on activities of the organization submitted by the director-general.

It also makes recommendations for admission of new states that are not members of the United Nations, and for appointment of the organization’s director-general, among other duties.