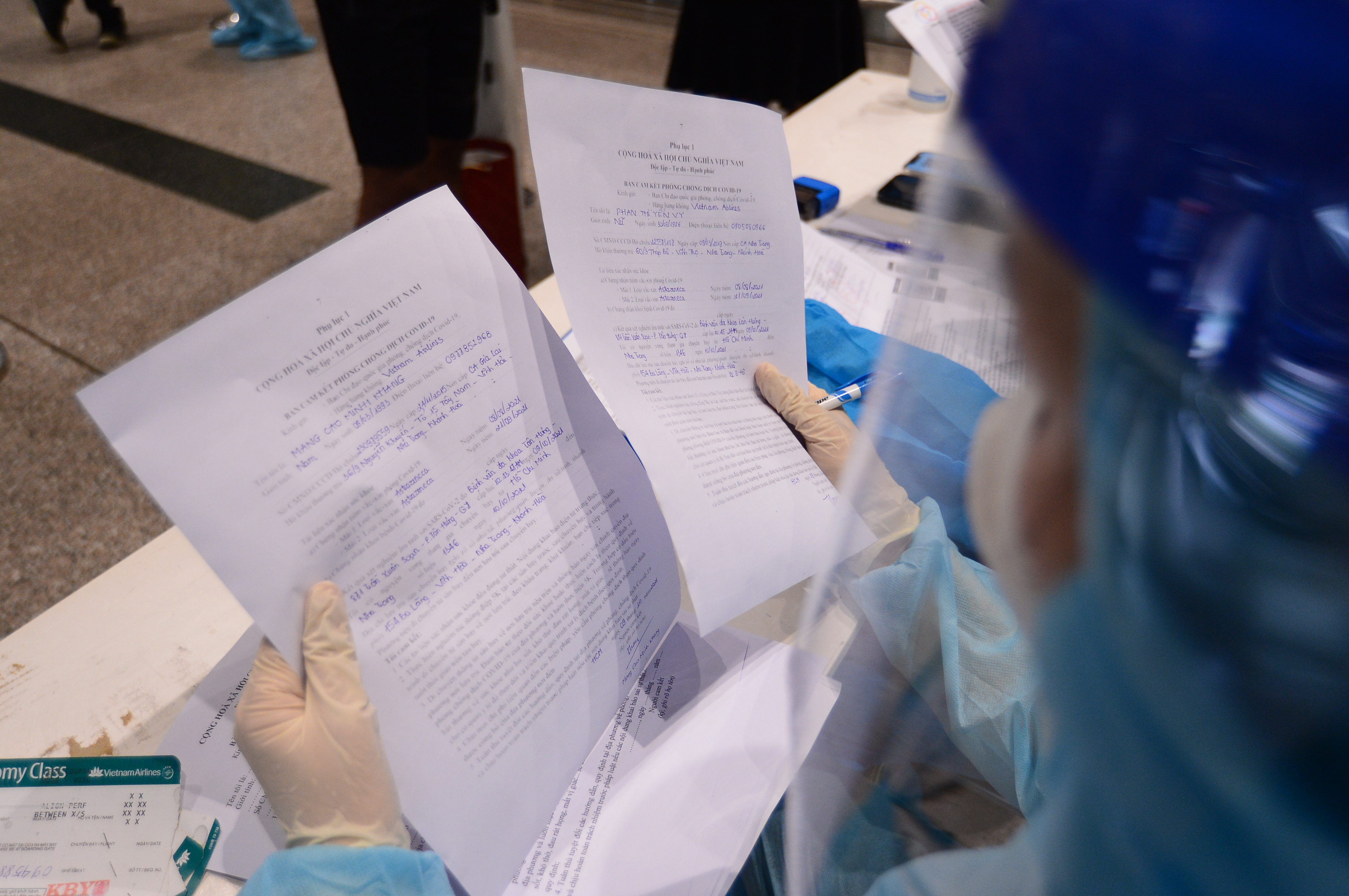 Health authorities in Ho Chi Minh City have detected three infections of the Omicron coronavirus variant in the community, which are the first of their kind in Vietnam.

One of these patients is a doctor at a major hospital, the source added.

They previously came into close contact with a Vietnamese woman named P., who returned to Vietnam from the U.S. on January 5.

P. tested negative for COVID-19 prior to her flight from the U.S. and was quarantined at a hotel in south-central Nha Trang City following her arrival.

She tested negative again on January 9 before flying from Nha Trang to Ho Chi Minh City on the next day.

She was picked up by three people – K., H., and T. – at the airport, and they all went to a restaurant afterward.

P. had a sore throat on January 13 while her three direct contacts also showed some symptoms one day later.

The four went to the hospital for a check-up and tested positive for the coronavirus on January 15 and 16.

Their samples were sent to the Ho Chi Minh City Hospital for Tropical Diseases for genome sequencing, the results of which showed that K., H., and T. were carrying the Omicron variant.

Health authorities are still waiting for the genome sequencing result of P.’s sample.

The four patients are currently in stable conditions.

Prior to the detection of the three cases, Vietnam had documented 70 imported Omicron infections, including 30 cases in Ho Chi Minh City.

If someone tests positive, they will be quarantined and treated at makeshift COVID-19 hospital No. 12 and have their samples collected for genome sequencing to determine the coronavirus variant.

In the community, health workers will conduct mass testing in areas where there is a surge in infections and carry out genome sequencing if necessary to detect and prevent the spread of the Omicron mutant.

The mutant was designated by the World Health Organization (WHO) as a variant of concern on November 26, 2021, two days after it was first reported to the WHO by South Africa.

The strain, which health experts stated appears to be more contagious but less virulent than previous mutants, has now been reported in over 130 countries and territories and has become dominant in many places