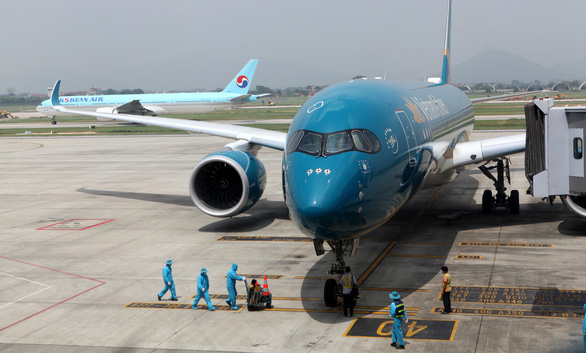 A man who arrived in Hanoi from the UK has been confirmed as the first case infected with the Omicron variant in Vietnam.

The patient landed at Noi Bai International Airport in Hanoi on December 19, the Ministry of Health said in an announcement on Tuesday.

After his rapid test came back positive for the novel coronavirus, he was quarantined and treated at 108 Military Central Hospital in the Vietnamese capital.

He underwent a real-time RT-PCR test, with the result also returning positive.

The hospital conducted genome sequencing on the patient on December 20 and suspected that he was carrying the Omicron variant.

As the result was not clear, one more verification step was carried out the following day, with doctors and scientists confirming that this patient was carrying the strain.

The patient has been quarantined and monitored since his arrival in Vietnam.

The health ministry has reported the case to the prime minister.

First reported to the World Health Organization (WHO) by South Africa on September 24, the Omicron mutant, a.k.a. the B.1.1.529 variant, was designated by WHO as a variant of concern two days later.

The variant has now been reported by over 100 countries, with health experts stating it appears to be more contagious but less virulent than previous strains.

Health workers have administered more than 146.3 million vaccine doses since vaccination was rolled out nationwide on March 8.

Upwards of 77.1 million of the country’s 98 million people have received at least one dose while over 66.4 million have been jabbed twice.

The number of third doses – including additional primary shots for immunocompromised people, boosters, and third jabs of Cuba’s Abdala vaccine – has increased to 2,794,380.