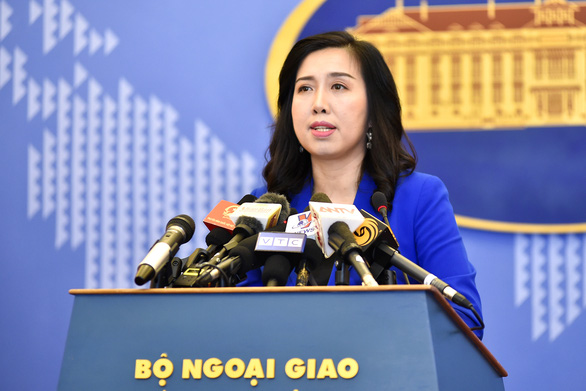 The spokesperson made the statement in response to media’s questions about Vietnam’s reactions related to two live-fire exercises to be conducted by Taiwan within this month.

They also trigger tensions and complicate the situation in the waters, Hang stated, adding that Vietnam requests that Taiwan not repeat similar actions in the future.

“As we have repeatedly issued statements on this issue, Vietnam has full legal foundations and historical evidence to affirm its sovereignty over Hoang Sa (Paracel) and Truong Sa archipelagoes in accordance with international law,” the spokesperson said.

Previously, the South China Morning Post newspaper reported that Taiwan would conduct a live-fire drill from March 16 to 17 and another from March 26 to 31 in the said waters.