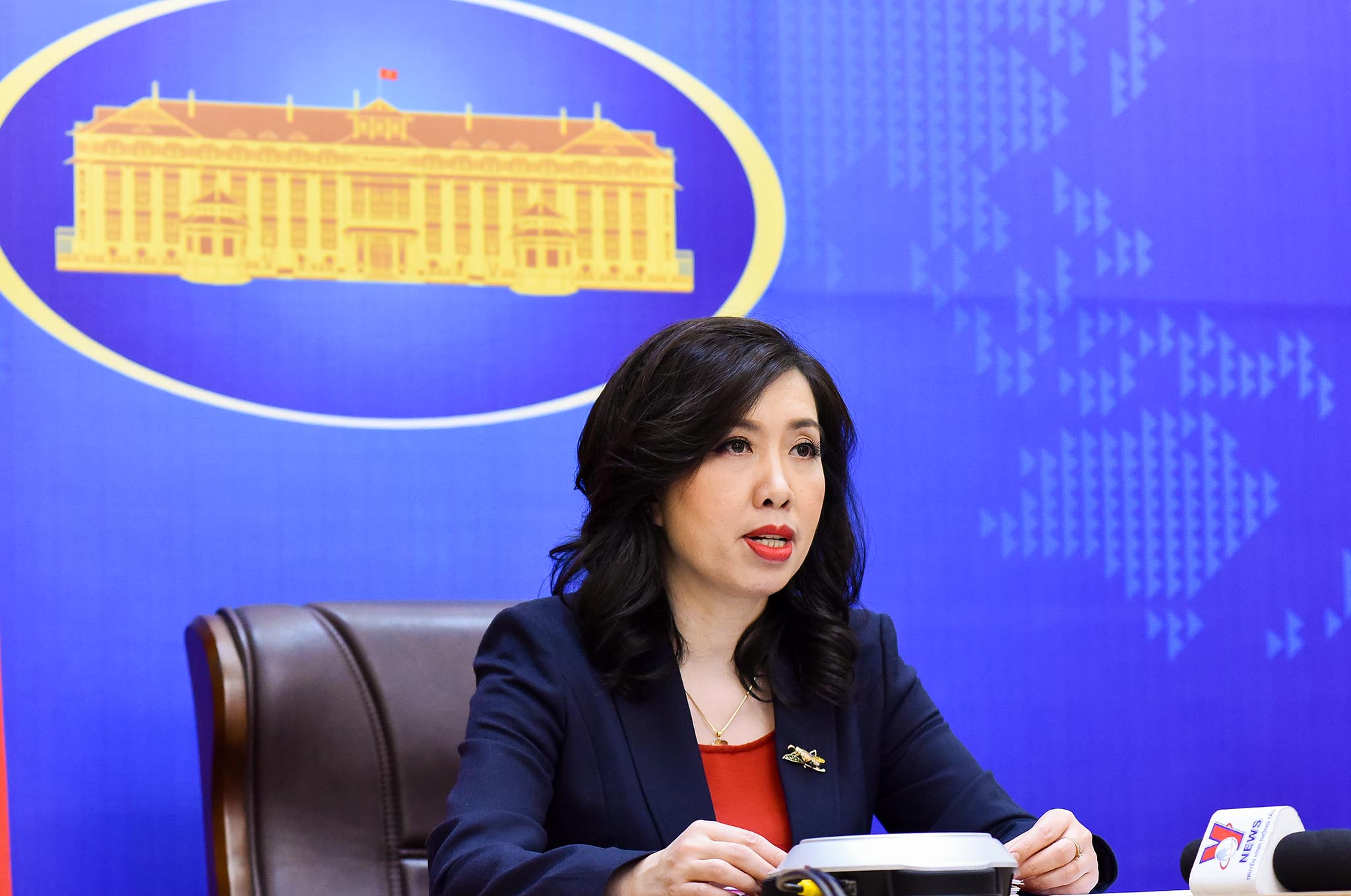 Vietnam demands that China respect and not violate the former’s exclusive economic zone and continental shelf, Le Thi Thu Hang, spokesperson of the Ministry of Foreign Affairs,said on Monday with regard to Chinese authorities’ statement on a military drill in the East Vietnam Sea.

Answering reporters’ questions about the Hainan Maritime Safety Administration’s announcement about China’s military drill in the East Vietnam Sea, Hang stated that Vietnam has made a conversation with China on this issue.

Vietnam always keeps a close watch on the developments in the East Vietnam Sea and exercises its sovereignty, sovereignty rights, and jurisdictions at sea in accordance with international law, especially the 1982 United Nations Convention on the Law of the Sea (UNCLOS), the diplomat continued.

Part of the area mentioned in China’s statement belongs to the exclusive economic zone and continental shelf of Vietnam as defined by the 1982 UNCLOS.

Vietnam demands that China respect and not violate the former’s exclusive economic zone and continental shelf, and not take actions to complicate the situation, thus contributing to the maintenance of peace, security, and stability in the East Vietnam Sea, the spokesperson stressed.

The China Maritime Safety Administration (MSA) previously announced that the military drill would take place in the East Vietnam Sea section between Vietnam and China’s Hainan Province from March 4 to 15.

The MSA also warned that all ships should stay away from the maritime area.