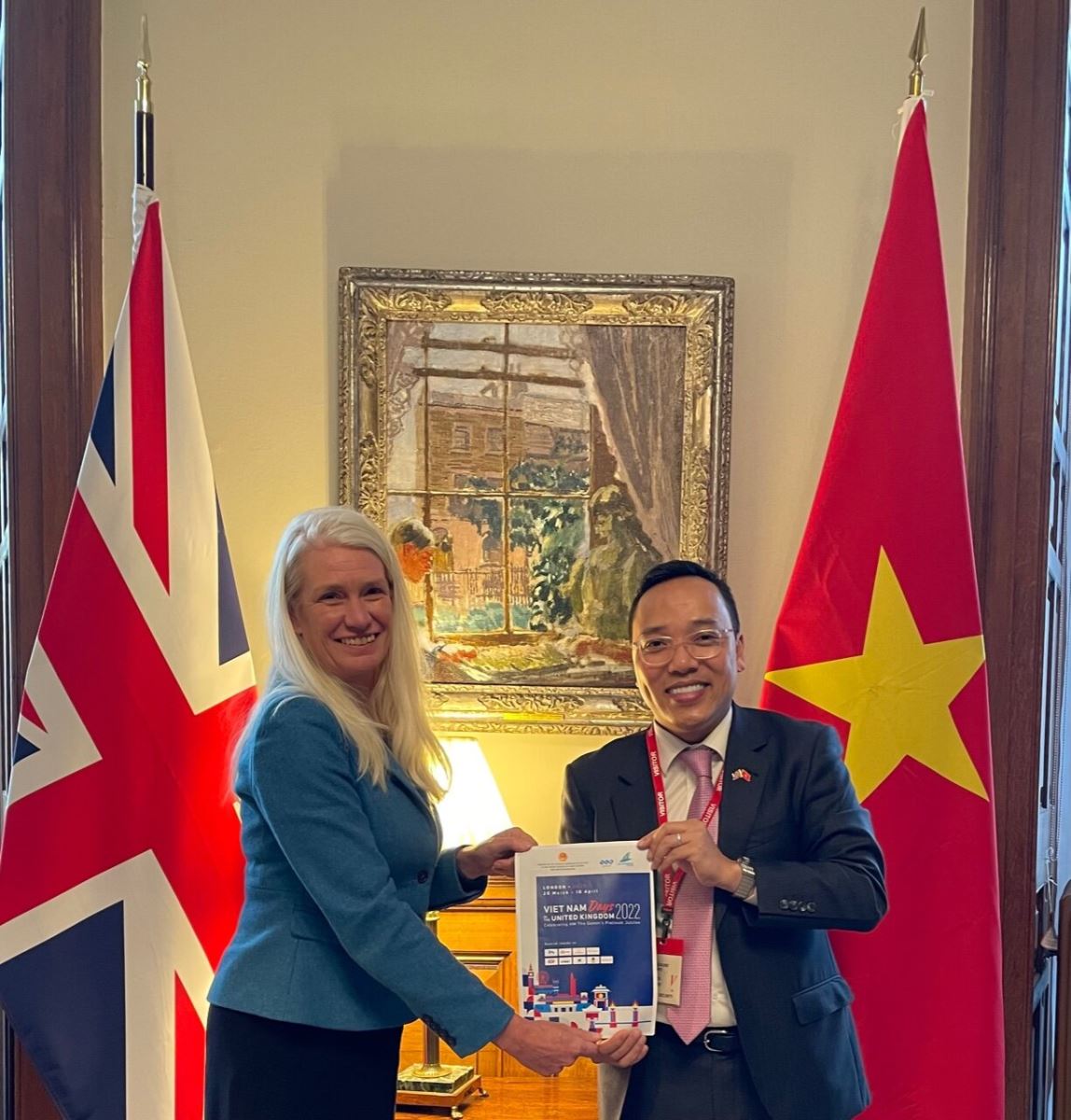 This image shows Amanda Milling, British Minister of State for Asia and the Middle East, and Vietnamese Ambassador Nguyen Hoang Long announcing the organization of the “Vietnamese Days in the UK 2022” in London, the UK, on March 24, 2022. Photo: VNA

The ‘Vietnam Days in the United Kingdom 2022’ will take place from March 28 to April 10, featuring multiple special activities for promotion of the Vietnam – UK relationship, mostly in London, the Vietnam News Agency reported.

The event was announced by Amanda Milling, British Minister of State for Asia and the Middle East, and Vietnamese Ambassador to the UK Nguyen Hoang Long in London on Thursday.

It will be conducted by the Embassy of Vietnam in the UK in conjunction with organizations and enterprises of both countries, on the occasion of Queen Elizabeth II’s Platinum Jubilee, marking the 70th anniversary of her accession to throne.

Activities during the Vietnam Days will focus on boosting the bilateral cooperation in multiple areas, including education and training, green transformation, renewable energy, fintech, startup and innovation, among others.

They will also focus on promoting Vietnam as an attractive destination for travelers around the world in the context that the country has reopened its door to international visitors since March 15 after about two years of closure due to COVID-19.

Also prominent during the event will be a music show entitled “Beautiful Vietnam” on March 28, painting exhibitions from March 29 to April 10, investment and travel forums on March 30, and a friendly golf tournament on March 31 in London.

In addition, an education forum and a workshop for Vietnam-UK startup cooperation will take place in Cambridge on April 5.

Given the fruitful relationship between the two countries, Vietnam has become an increasingly attractive destination for British investors and entrepreneurs.

With diverse activities, the Vietnam Days in the UK 2022 will further promote the beauty of Vietnam’s land, people and culture, while introducing its development potential and open more opportunities for taking the bilateral partnership to a new height.

Vietnam and the UK are looking forward to celebrating their 50th anniversary of diplomatic relations in 2023.