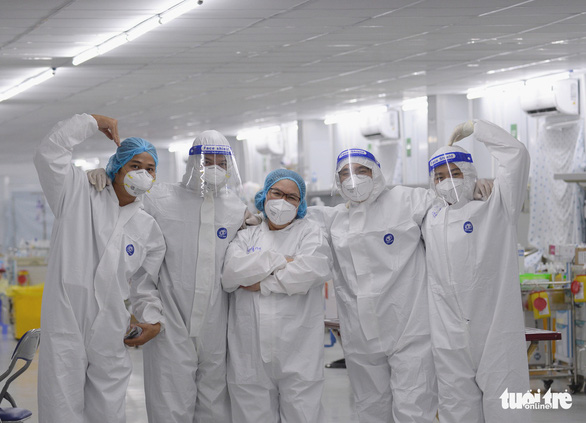 Vietnam’s Ministry of Health recorded 8,744 new COVID-19 infections on Wednesday, along with 6,795 recoveries.

The daily case rise is the lowest in three months, according to the health ministry’s data.

The newest cases, including 22 imported and 8,722 domestic transmissions, were logged in 59 provinces and cities, the ministry said.

The country has reported 2,288,441 community transmissions in all its 63 provinces and cities since the fourth virus wave erupted on April 27, 2021. Over two million of them have recovered from COVID-19.

The health ministry declared 6,795 patients recovered on Wednesday, bringing the national count to 2,068,853.

The toll stood at 37,777 deaths on Monday, after which the health ministry stopped giving mortality updates, saying it would resume them from Thursday.

Vietnam has detected 2,295,494 patients in total, including 186 imported and community-based Omicron infections, since the COVID-19 pandemic first hit the country in early 2020.

Healthcare workers have administered above 181.5 million vaccine doses, including 11,855 shots on Tuesday, since vaccination was rolled out nationwide on March 8, 2021.

More than 79 million of the country’s 98 million people have received at least one dose while upwards of 74.1 million have been injected twice.

The number of third doses – including additional primary shots for immunocompromised people, boosters, and third jabs of Cuba’s Abdala vaccine has topped 28.3 million.