Vietnam businessman arrested for cheating US firm of $1mn 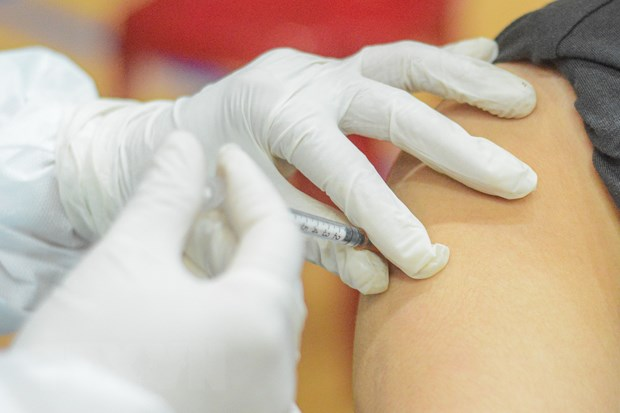 This illustration image shows a pair of medical gloves being used by a health worker at a vaccination site in Vietnam. Photo: Vietnam News Agency

The general director of a Vietnamese company in Ho Chi Minh City has been in police custody after swindling an American firm out of more than US$1 million, local police reported.

According to the case file, Dung in July 2020 signed a contract with U.S.-based ND Private Capital, represented by Nicholas Dang, to supply medical gloves to its American partner.

The U.S. company then paid $1,099,000 as a deposit for the deal to Southeast Asian Technical JSC.

When the delivery date came, Dung’s firm neither delivered the contractual gloves nor refunded the deposit to the buyer.

He then appropriated the amount and spent it on his personal needs.

Investigations revealed that Southeast Asian Technical JSC has not been licensed to manufacture medical gloves or act as an agent for any supplier of this commodity.

The company had no source of medical gloves to provide to its American partner, either, investigators said.

Nonetheless, Dung, as the legal representative of Southeast Asian Technical JSC, had duped the U.S. company into signing the said contract by providing it with false information about his company’s ability to supply medical gloves.

In November last year, the city police also detained another swindler, Nguyen Khanh Nguyen, who offered to sell medical gloves to a Philippine businessman, Philip Leigh Mckenzie, through a middleman, even though he had no supply sources.

In August, Nguyen used fake photos and videos of medical glove production lines, finished products and packaging showing his company’s name, Boowoo Co. Ltd., to lure the Filipino to enter into a contract to purchase 10 million boxes of medical gloves.

After receiving VND57 billion ($2.5 million) from the foreign businessman as his payment under the contract, Nguyen failed to make delivery.